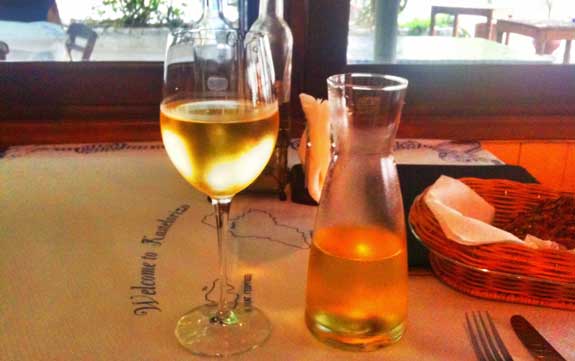 For those of us who like a drink now and again, the price of alcohol can turn into a real issue. In some places it’s so cheap that you need to find excuses to avoid it, and in other places it’s so expensive (or hard to find) that being a teetotaler makes more sense.

Recently we discussed countries with very cheap beer, and in that case the list consists almost exclusively of countries where everything is cheap. With the case of wine it gets a bit more complicated. Most of the world is not suited for grape-growing, and governments everywhere find wine (and spirits) very easy to tax or even ban. As a result, you can actually find very cheap wine in some otherwise expensive countries, while it’s very expensive (and imported from far away) in most others.

With perhaps the cheapest wine in the world, Spain has bottles in pretty much every imaginable price range, plus boxes for even less. It’s still possible to get a one-liter box of Don Simon wine for a bit under 1 Euro (US$1.35). It seems that the intended use the stuff is to turn it into sangria by adding slices of fruit and maybe some fruit punch, but those with undiscriminating palates can drink the stuff straight and probably not have a headache the following day.

There are also boxes for €2 each and bottles for €3 each that are actually fairly decent, so everyone can find where their budget and taste buds meet along the way.

One of the things that makes wine in Turkey feel like a good bargain is that the taxes on alcohol make everything else weirdly expensive. Raki is the local anise-flavored spirit, and you can’t find it for under US$18 or so for a small bottle, even in a supermarket. A bottle of Efes beer (which seems to have 95% or more percent market share) also costs nearly US$2 per bottle in a supermarket.

The locally-produced wine in Turkey starts at just over US$3 for a bottle of simple red, white, or blush, making it the best bargain by far. It’s strange that the taxes on wine aren’t any higher, and it won’t be surprising if they go up, but in the meantime it’s worth celebrating.

Well known to any cheapskate traveler in France, wine might be the only thing that feels like an amazing bargain in this country. Better still, you can actually order the “house wine” at almost any corner cafe and get a half-liter carafe for around €5, which is about the same price as a bottle of beer in most places.

The French love their wine and while some of the cheaper bottles that you find in neighborhood stores for just under €3 each might not be among your favorites, there are likely other bottles for that price that go down nicely.

The French influence on Vietnam is hard to find in some places and hard to miss in others, and one oddball thing leftover is that Vietnam is the only country in Southeast Asia with a proper wine making industry. The domestic wine you’ll find in Vietnam will almost all say it comes from the Dalat region, which is an elevated hill station not far from Saigon, but in reality the grapes are grown elsewhere, in the tropical heat.

You can buy a bottle of Dalat wine from a market for under US$3 a bottle, and being honest it’s probably not even worth that much because it’s a step below the other cheap wines on this list, but there are bottles for a bit more that are pretty decent. If you happen to be a fan of the stuff it’s good to know that you can get a full bottle of it in a restaurant starting at around US$5, which is a novelty in itself.

Argentina has its famous Mendoza wine region, which produces great quantities of export-caliber wine that is sold around the world, but there are other wine regions in Argentina that produce cheaper wines that are popular domestically and pretty damn good.

The country’s long-running economic problems have contributed to it being quite cheap in many areas, even in spite of inflation that keeps eating away at the savings. You can buy a bottle of Argentine wine in a supermarket for a bit over US$3 still, and most people are happy with what they get. You can also buy a bottle in a restaurant to go along with your steak dinner for under US$10, as long as you go to one of the neighborhood places.

Unlike most other countries in the world, the US has its alcohol taxes accessed at the state level, so prices can be quite different just by driving over an invisible border. More than 90% of the wine produced in the United States is produced in California, and fortunately that state also has extremely low taxes on the stuff.

It’s almost a cliche at this point, but the best deal on wine in the United States continues to be Charles Shaw wine, sold for US$1.99 a bottle exclusively at Trader Joe’s stores. In most other states it’s sold for $2.99 or even $3.99 a bottle, so the real “Two Buck Chuck” (as it’s popularly known) is mainly found in California. The quality is surprisingly good and it’s a big hit as a simple table wine among many, while many others refuse to drink it once they know how cheap it is, regardless of the taste.