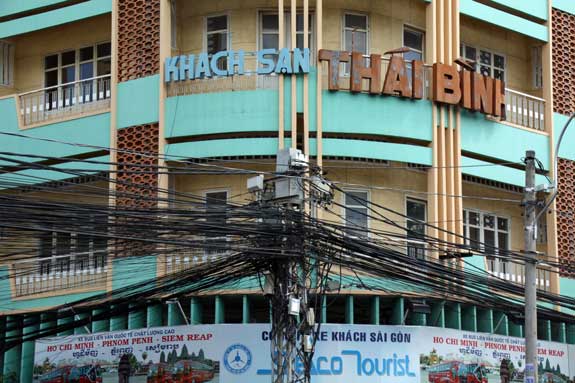 It’s a strange phenomenon. If you were a first-time visitor to the US, France, England, or a great majority of other highly populated countries, most people would tell you to spend your whole first week in the capital (or largest city). New York, Paris, and London are considered some of the world’s great cities, as are Berlin, Amsterdam, Rome, Toronto, Buenos Aires and so forth.

But when you are visiting most Asian countries for the first time, the advice tends to be “spend a day or two in the big city to get your bearings and look around, and then get out.” Examples of this include Mumbai, Delhi, Saigon, Manila, Colombo, Dhaka, Phnom Penh, and even Bangkok. Tokyo and Singapore might be exceptions (and Singapore is pretty much all city anyway), and might that be because they are rich countries?

Long-term expats in Asia seem to avoid the biggest cities

If you are spending a year in a country teaching English then living in the biggest city might not be bad, but it does seem that the majority of expats who have a choice, choose to live elsewhere. Boiling it down, it seems that the wealth of a nation is a big factor on whether its largest city is pleasant or nightmarish.

The problem generally seems to be that these large cities have been drawing in people from farming communities for the last couple of decades or more, often doubling or tripling their population in this short time. The result is that these cities (notably in India and Bangladesh) seem to be bursting at the seams.

Worse yet, as more people crowd into the cities, the housing prices tend to shoot up for everyone. In most of Thailand you can rent a 3-bedroom house for around US$300, but in Bangkok you’ll have to pay twice that amount for a 1-bedroom apartment if you want the same sort of amenities you’d expect back in your home country. Unless you have a good-paying job in Bangkok, or you have to live in a huge city, the Thai capital offers terrible value for expats.

On the other hand, expats who move to Western countries tend to bunch together only in the largest cities. London, Paris, Berlin, and New York, for example, are home to a huge majority of the incoming expats, whether they are coming for low-skill jobs or something more glamorous. These cities are certainly expensive, but they somehow seem to offer a high quality of life for most new residents.

For expats who’ve moved abroad for career advancement, there doesn’t seem to be much choice other than moving to the largest cities. You can’t earn a high salary and run a worldwide division while living on Ko Phi Phi. So those taking these jobs tend to need huge salaries to make life decent, at least according to those expats surveys we see a couple times a year.

If you are going to live in Mumbai then you are going to want to spend at least US$1,000 a month in rent to get a modern and secure place in a nice neighborhood, and possibly much more than that. It puts you in an expat bubble, but at least life can be good for as long as you are there.