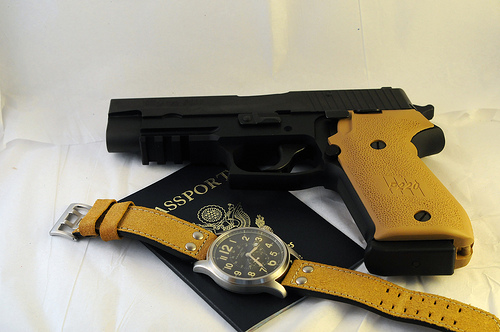 We know that every aspiring expat secretly imagines themselves as Jason Bourne. You’re not alone. And now due to Neil Strauss’ book, Emergency: This Book Will Save Your Life, you too can learn how to acquire multiple passports, covertly manage a Swiss bank account, and cross borders– legally!

Though we’re a little skeptical about the legality part of it, it’s worth picking up a copy, if not just to entertain your own Bourne fantasy.

In fact, you can get a quick sneak peak of the advice in the book by checking out Tim Ferriss’ blog entry, which outlines many of the book’s key points.

To the extent that the Bourne movies have inspired dreams of expatriating for thousands, we’re also encouraged to report that a forth Bourne movie is slated to be released in 2010. Word has it that this time Bourne will be evading havok down in South America. Hopefully it’ll be better than the 4th Indiana Jones movie, which also took place down south. Thankfully there’s no news yet that Bourne is plotted to battle any aliens.

One thought on “How To Be Jason Bourne”