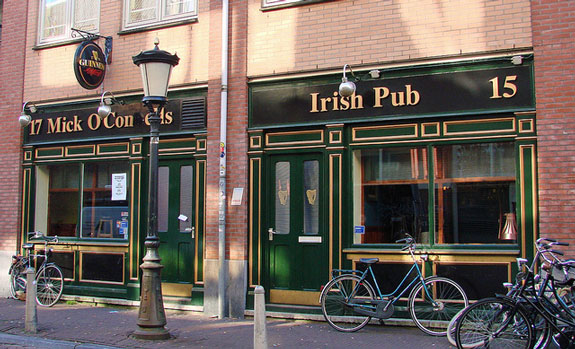 In most cases, finding the expat community will be simple, especially if you are brought in by a foreign company and will be working among other expats in your new location. But other times it won’t be so easy. If you are traveling around and decide you want to stay somewhere for a while, or if you are being brought in as one of very few foreign workers, finding a social circle could be a challenge.

Obviously this varies quite a bit from one location to the next. There are certainly some smaller cities where you could easily BE the expat community all by yourself, but generally if you look around a bit you’ll locate other English speakers, including a variety of Europeans whose common language among themselves ends up being English anyway.

So here are some of the better places to look for a head start into finding other expats.

Something you might not think about until you’ve traveled around a lot in lesser developed countries is that teaching English is a huge industry around the world. In fact, it’s got to be by far the biggest single industry among expats, though mostly by people staying a year or so in places rather than forever.

Even in “poor” countries and cities where English in public schools is taught by locals whose accents are indecipherably thick themselves, you’ll almost always find a few private schools where business owners send their children or even attend themselves as adults. Just ask around for English teachers or schools and you are one step away from being plugged in to the expat community there.

Even though many, if not most expats work among the locals and generally mix in during their normal lives, there seems to be a worldwide tradition of them gathering at certain bars on certain nights in order to swap tales of home or how things are going lately. Irish-style bars seem to be the most popular for this, partly due to the friendly and unpretentious layout, I’d imagine, so that would be the best first place to look.

I’m currently living in the small town of Kas, Turkey, and an outdoor bar called Cafe Corner doesn’t look unique along the main strip of restaurants and bars, but it’s absolutely the center of the expat action, especially on Monday nights. There’s also a pub quiz held every other Tuesday at a different bar, which is 100% expats as well. If you found either of these places here you’d instantly have 20 or more potential friends and you’d be plugged into the expat social pipeline.

Not surprisingly, you should be able to Google your way to the expat scene, although it might take a few tries. Every larger city will have at least one English-language expat forum where foreigners ask each other for advice as well as arranging social outings. Just try “(city name) expat forum” and you’ll probably find what you are looking for among the top choices.

Unfortunately, some of them seem to be dominated by bitter expats who seem to specialize in giving out bad advice or discouraging others from visiting or moving there. Thaivisa.com is notorious in this regard so it’s a shame that it’s by far the largest in the country. However, even if you find a forum full of misanthropes you’ll probably eventually be able to discover some other newcomers or less-angry people, and you’ll be on your way.

Is there anything social media can’t do these days? Certainly there is, but it’s ideal for finding groups of expats in a foreign land. Search Facebook for the city name and “expats” and you’ll probably find at least a few choices in larger cities. Since almost everyone is on Facebook, it’s made it very easy for expat communities to keep in touch with each other in foreign cities.

By the same token, go onto Twitter and search for tweets by the city name. Mixed in with the spam and some other noise you’ll eventually find people who are promoting the fact that they are living there or visiting and are interested in meeting new people. Twitter is quite nice for this because you’ll easily be able to read their previous stream of tweets to determine if they are some kind of psycho or someone you might get along with.