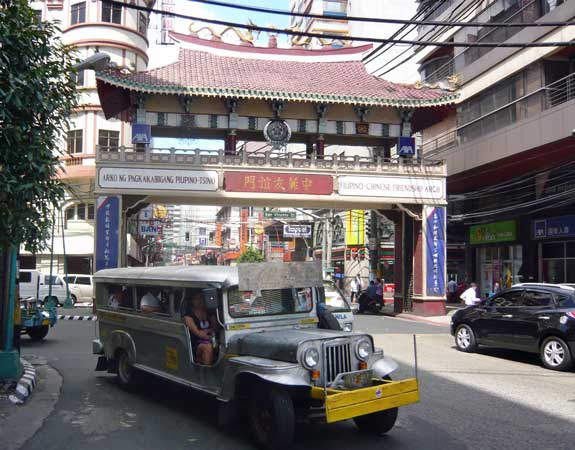 Of all of the capital cities in Southeast Asia, Manila is one you don’t hear many people raving about. There are some good reasons for that, as we’ll discuss, but many people do visit and there is quite a bit to see. The country as a whole is praised for its beauty and beach resorts, although Manila itself is usually something people tolerate for just a day or two on their way in or out.

One of the most important things to know about Manila is that foreigners are really referring to “Metro Manila” which is made up of 16 cities. The city of Manila isn’t even the most populous of these (Quezon City is), but for these purposes we’ll call the whole thing just Manila.

The vibe in Manila

Since it’s a huge area made up of so many parts, it’s hard to talk about the vibe in Manila. Most tourists end up in one of 3 different areas, which are Ermita and Malate in Manila itself, or Makati (a nearby city on its own). Ermita and Malate are basically one large area just south of the historic center, and they certainly aren’t for everyone.

Unfortunately, Ermita and Malate are both quite chaotic, but in a way that is more similar to Latin America’s largest cities rather than those of Southeast Asia. You’ll see some really run-down shops and even small children begging, and more polution than anyone would be happy with. Yet, in its center is a huge and fancy shopping mall. Each shopper walks through a security checkpoint and gets a light frisking upon entry, which is sadly typical of Manila. In fact, nearly every business of any size will have an armed security guard at or near the front door. Manila has had more than its fair share of violence and crime, and the result is that everyone pays a bit more for security as a result.

Manila has its tourist area, which includes a Spanish fort and the oldest Chinatown in the world, but they aren’t really worth flying in for on their own. Like so many other Southeast Asian countries, most of the charm is outside the capital rather than in the heart of it.

It also must be said that Manila is similar to most cities in Thailand in that it has a prostitition scene that is famous and quite visible. In Ermita and Malate if you are male and you walk into one of the dozens of small bars where the front windows are covered, you’ll soon be talking to a Filipino girl who wants you to buy her and expensive drink and then take her back to your hotel room. The open-air places and places with normal windows are different.

On the other end of the spectrum, you have the district/city of Makati, which is modern and quite posh. It’s where most Western expats live and work, and it feels like another world. There are several high-end shopping malls in between the office towers, and an endless list of chain restaurants. It’s nice, but quite generic. If you are stopping in Manila for only a day or two and the areas above don’t sound appealing, then Makati is probably the place to stay.

Prices of things in Manila

One of the best things about Manila is that it’s quite cheap. Hotels start at around US$20 per night in the tourist districts, and you can get a nice 3-star hotel for under US$50. Of course there are deluxe hotels costing more, including many in Makati.

You can get a filling lunch of a Filipino specialty (usually rice and a meat dish) for as little as US$2 if you look around a bit, and certainly under US$5. There is a lot of Western food that costs more and is of varying quality starting at around US$4 per meal.

San Miguel is a Filipino beer that dominates the market, and you can get a bottle for a little over US$1 at almost any restaurant. There’s no local wine, but there are local rums that are also very cheap. Imported beers and wine cost more of course.