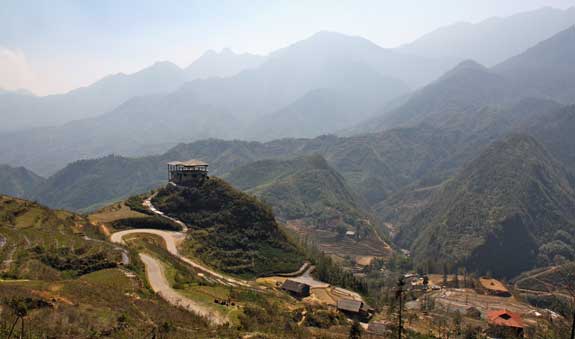 At one time or another I think every person with any mobility options has wondered what it would be like to live in a “perfect climate.” For people in North America and Europe it’s probably during the winter, when you ask yourself why you put up with 3 to 5 months of cold weather, and whether it’s worth it to move somewhere else.

One problem is that most of these people daydream of living in the Tropics, like Hawaii or Tahiti or Indonesia, but after only a day or two there on a holiday they are reminded that hot and muggy weather can get old just as quickly as cold weather. At least in the cold you can wear heavy clothing and heat your home to an ideal level, while in the muggy heat many can’t help but sweat even during a short walk, and air conditioning has its own downsides.

Many people around the world acknowledge that the Los Angeles and San Diego area has perhaps the best year-round climate, and having grown up there I agree that it’s nice. However, every dwelling needs a heater at night for maybe 4 months a year, and most places that aren’t close to the beach need air conditioning during part of the summer as well.

So where else is there? An answer for some is the mountain areas in the Tropics. In Southeast Asia these places were called “hill stations” by the colonial powers who used them as retreats from the stifling heat of the flatlands, but there are examples in other parts of the world as well.

Right now I’m in the Cameron Highlands in Malaysia, which might be one of the nicest of these hill station areas. All year round, the temperatures peak at around 22C (72F) each day and at night it only goes down to about 16C (60F). Unsurprisingly, there is quite a bit of rainfall, but it tends to come in short bursts and often falls at night, so it’s pretty easy to avoid. This is one of the first, if not the only, places I’ve been where there are no heaters or air conditioners, even for the rich.

In Vietnam there is a French-built town called Dalat, and another hill station north of Hanoi called Sapa, and both also have very consistent weather pretty much all year long.

Africa has its own examples, one of the more famous being the town of Moshi at the base of Mount Kilimanjaro. It’s just south of the equator, and the summer days can get a bit warm, but every evening it cools off nicely, and most of the year has mild daytime temperatures as well.

In South America, the best example is Medellín, Colombia, where average highs are about 28C (82F) and average lows are about 17C (63F) every day of the year. For those who prefer to wear a sweater or light jacket every day there is Quito, Ecuador and La Paz, Bolivia, where it’s always a bit cooler than in Medellín, with almost no variation.

Does a perfect climate exist?

This is a matter of opinion, but I think anyone truly in search of a “perfect climate” is never going to find one. Growing up near the beach south of Los Angeles, I didn’t realize until I’d left that the climate there was as near perfect as there is on the planet, yet one of the reasons I left was that every day felt too much the same. The concept of seasons can be appealing when you barely know what they are like.

It’s true that there are a few people who seem to love living in the desert and won’t bring themselves to complain about the heat, but I think for most of us it’s about mixing it up in the right way. A place with 4 distinct seasons is lovely, as long as you can spend a couple weeks each winter somewhere in the sun.