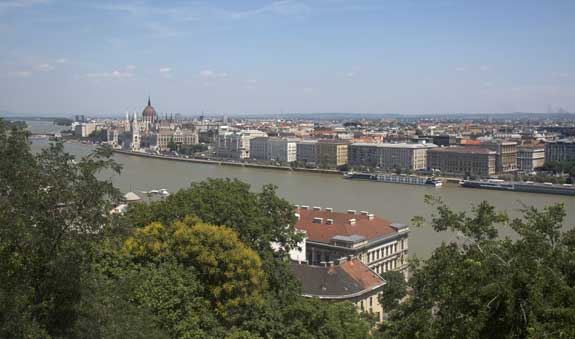 Digital nomads – defined as those who can work anywhere as long as they have internet – are increasingly heading to Southeast Asia for its low cost of living and near constant sunshine. Bangkok and Chiang Mai in particular are packed with thousands of people who make their livings online, and more of them are spread throughout the region, but before you make that move yourself you might consider Eastern Europe.

For these purposes we’ll define Eastern Europe as Poland, Czech Republic, Slovakia, Bulgaria, and all the former Yugoslavian countries including Croatia and Serbia. This part of the world isn’t known for great year-round weather, but it can be as cheap or cheaper than Southeast Asia, and there are other benefits as well, which we’ll discuss below.

1 – Rents can actually be cheaper

If you move to Thailand or Bali or most other places in that region you can find relatively cheap rent on a house or apartment, but you won’t be living nearly as cheaply as the locals for a few key reasons. For example, in Bangkok a small family might share a very simple apartment for around US$100 per month, but most foreigners won’t live anywhere for less than around US$300 per month. The locals don’t have air conditioning or an elevator or much of a kitchen or much of a bathroom, and few foreigners are willing to live like that to save money.

However, in Eastern Europe pretty much every apartment or house has “Western style” conveniences. For this reason you can shop around and get a living space at the going rate for locals, which can be remarkably cheap in countries where the average worker makes under US$500 per month.

2 – Internet and technology are more advanced

Having traveled and lived around much of Southeast Asia and other popular digital nomad areas, one common frustration is that the internet is slow and sometimes erratic. In Bangkok or Chiang Mai you can usually get a connection fast enough to stream Youtube videos, but in most places that is a luxury unavailable at any price. Obviously Japan and South Korea have some of the best internet in the world, but in Vietnam or Laos or even Malaysia they don’t.

In Eastern Europe the internet speeds tend to be fast and reliable, and service is cheap. From what I’ve been seeing a connection that ranges from 10 Mbps to 20 Mbps will average around US$10 per month, compared to around US$40 per month in the US or Canada. Also, there are many more computer stores and such, so if you need a new hard drive or to get something repaired it’s much easier than if you live on a Thai island.

At least a bit to my surprise, I’ve discovered that great numbers of people (especially younger ones, of course) in Eastern Europe speak fluent English. It seems to be due to the fact that their countries are small and their language is useless beyond their own borders, so learning English is their real connection to the world. Also, most TV shows and movies and subtitled rather than dubbed, so they are exposed to it daily after having studied it in school.

4 – Easier to work with European colleagues and clients

Living and working in Bali is a dream for many of us, and there are a great many benefits of it, but one disadvantage is that you are very isolated professionally. You might be able to pop over to Bangkok or KL or Singapore for a conference or meeting, but getting to the US or Europe takes a full day in the air and costs a fortune.

If you live in Krakow or Budapest or Belgrade, however, you can be in Berlin or London in an hour, and you can attend pretty much any kind of conference you might need as well. Even the US is cheaper and closer compared to most of Asia, especially the east coast.

Living in Asia is a very positive assault on the senses, especially at first, and it feels like you might never get tired of it. But unless you are living in Bangkok or KL or Singapore, you will be giving up many things you enjoy, and even in those big cities there are sacrifices. Maybe it’s movies or ice cream or good Mexican food or snowboarding or fresh baguettes, you will start missing things.

Eastern Europe isn’t nearly as exotic for most of us, but at least it has most everything we really want from our previous lives. This isn’t necessarily a totally positive thing, but it does make living somewhere longterm quite a bit easier.