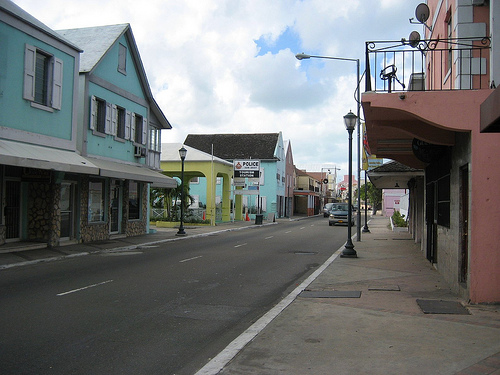 Nassau is located on the island of New Providence, and is the capital and commercial center of the Bahamas. Its population is around 260,000, which is about 80% of the country’s total population, and thereby the Bahamas’ biggest city. The city has no local government, so it is governed by the national government. It is a historic location for pirates.

Today, Nassau administers the whole island, as well as Paradise Island, its satellite. It acts as a busy port that has made it a popular tourist destination, with many cruise ships docking into it every year. The city itself has an interesting blend of old world and colonial architecture. Its downtown is a hub for all activities, and is a giant tourist attraction where people go to eat and shop. There are two residential neighborhoods called Bain Town and Grant’s Town, part of the Over-the-Hill community that was historically formed by Liberated Africans and freed slaves. Nassau has a tropical monsoon climate, where it is very warm all year round.

Freeport City is located on the island of Grand Bahama, and is also a free trade zone. It has a population of about 26,000 people. Freeport City is a new town that was established in 1955 by the government, formerly being an area of swamps and shrubs. After this development, none of the businesses in Freeport are required to pay taxes until 2054.

Being only 65 miles from the US state of Florida, this place has grown to be a business center, with many international companies setting up sites there. It used to be a fairly large tourist center, but this has decreased after 2004 because of hurricanes. However, there still are tourist facilities in the city and its suburbs, like hotels, casinos, golf, beaches, bars, an International Bazaar and other shopping centers.

West End is the westernmost town and oldest settlement of Grand Bahama. It has about 13,000 inhabitants, and is the third largest place in the Bahamas. West End had been bought out in 2001 by a group that has been renovating it, with new docks and canals, along with luxury homes, luxury restaurants and hotels. There are also some more planned projects for this location, so it is expected to change within the next few years.