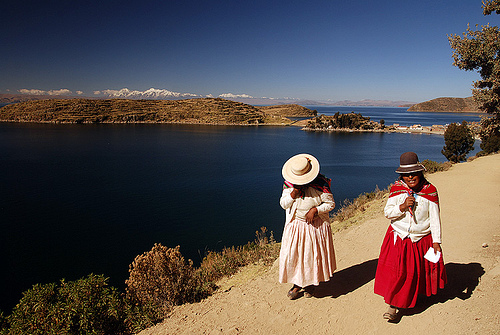 Lake Titicaca is one of the most famous lakes in the world. It is located between Bolivia and Peru, and is the second largest South American lake. Over 25 rivers empty into it. It is actually two lakes, called Small Lake and Big Lake, connected by the Strait of Tiquina. It is at a very high altitude, at 3,800 meters above sea level. Apart from its shores and islands, Lake Titicaca is a historically significant lake. The Incan Empire held it as sacred, as legend has it that the world was created here. The god Viracocha emerged out of the water, and created the sun, stars and people. The Bolivian side of the lake has the town of Challapampa, which has Chinkana, a famous labyrinth. Isla del Sol, one of the largest islands on the lake, is located on the Bolivian side. It has over Incan 180 ruins, but has rocky terrain, and no motorized vehicles or paved roads. 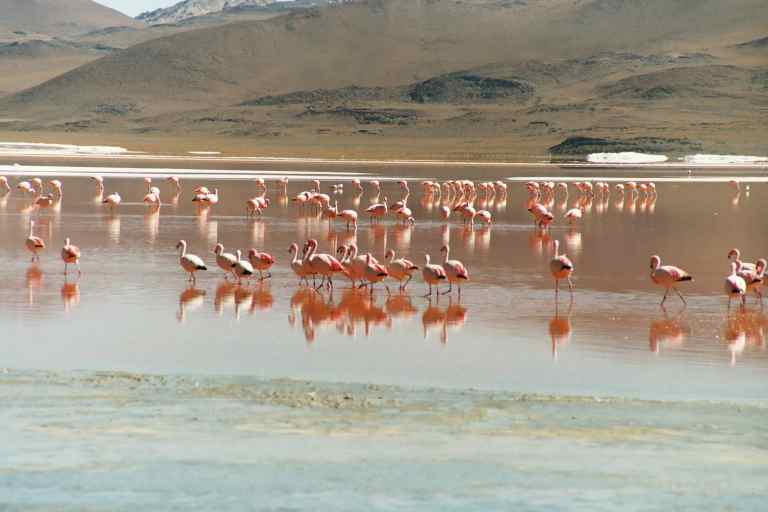 Laguna Colorada is a shallow salt lake, located near the Chilean border, in the Eduardo Avaroa Andean Fuana National Preserve. The average depth of the lake is only 35 centimeters; the maximum depth is 1.5 meters. It is an interesting geological formation, full of white borax islands and red sediments. There are many James’s Flamingos in this lagoon. To reach this lagoon, you will probably have to make prior arrangements. 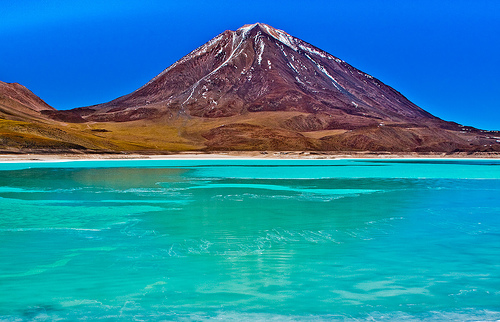 The Laguna Verde is a salt lake, located southwest of the altiplano of Bolivia. It is on the Chilean border, and on the foot of the Licancabur Volcano, which you can climb. It is full of hot springs, and some flamingos go to this lagoon. To reach this lagoon, you will probably have to make prior arrangements. 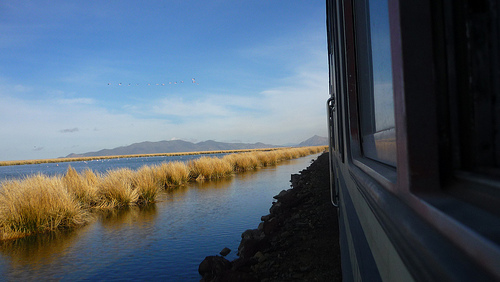 Lake Poopó is a saline lake is located in southwestern Bolivia, is located in the altiplano at 3,686 meters over sea level. It is only about 2-3 meters deep, though it is 90 x 32 kilometers long and wide. Its depth and overall size varies on the time of the year. Most of the water comes from the Desaguadero River, which links it to Lake Titicaca. The fish population varies in the lake, depending on the salinity, but there are about 34 species of birds that inhabit the lake, such as flamingos. There is hardly any vegetation at the shores of Lake Poopo.