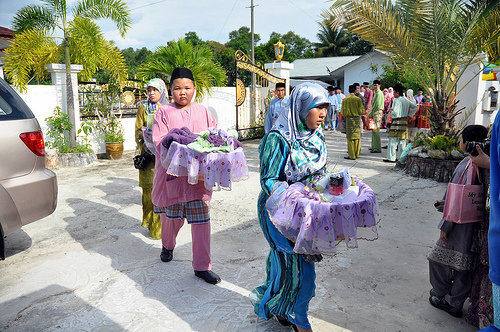 Brunei is a tiny sovereign state that is situated on the island of Borneo in Southeast Asia. It is a very wealthy and developed country with almost 400,000 residents.

Malay and English are the most mainstream languages in Brunei, and people can get by just knowing these two. However, a few other languages definitely have a presence in Brunei, due to religion and ethnic communities.

Standard Malay takes role as Brunei’s official language; it uses the Malay alphabet, and is also called Bahasa Melayu. The standard spoken dialect of the people in Brunei is Kedayan or Bukit Malay, which sounds quite different from Malaysian or Indonesian Malay speakers. Nevertheless, Standard Malay is instructed in the majority of schools.

English has grown into being a popular language in Brunei. It is used commonly in business and in work, as well as in education. There are also some British an Australian expatriate citizens. Most people in Brunei can speak or generally communicate using English.

There are some Chinese dialects spoken in Brunei amongst the country’s Chinese minority (which is about 11% of the total population). Those who go to the Chinese schools receive instruction of Mandarin. Some other Chinese languages that are spoken in Brunei include Hakka, Min Dong and Min Nan. Because of such linguistic differences, not all members of the Chinese community would be able to communicate with one another.

Being a Muslim country, there is a presence of Arabic, especially for those who are religious. Religious schools and other educational institutes teach Arabic, and those who are Islamic scholars definitely have knowledge of this language.

A few thousand people from southern India reside in Brunei, and they speak a variety of dialects, such as Hindi, Tamil and Telugu.

Though most have faded by today, there are some remaining aboriginal languages in Brunei, such as Iban and Tutong. These languages have several thousand speakers.