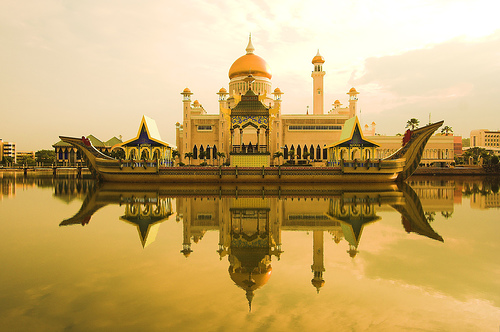 Brunei is a small country in Southeast Asia, and is a nation of mixed ethnic groups. About 65% of the population is Malay, 20% is Chinese, and the rest is assorted indigenous groups. In terms of religious make-up, Brunei is about 65% Muslim, 12% Buddhist, 9% Buddhist, as well as some assorted animists. Most of the country’s population is centered in the city of Bandar Seri Begawan, or close to the oil fields at Kuala Belait or Seria. Apart from these two areas, there are a few towns, and the rest of the country is sparsely populated in the rural areas by indigenous people. People in Brunei are known to be very welcoming to expats and other visitors, so long as they respect their culture.

The official language of Brunei is Malay, but English is a common second language. Many people also speak dialects of Chinese, and then there are several indigenous languages. Though they are tolerant and laid back, they are still an Islamic nation where certain factors need to be observed. It is not considered rude to ask locals what is considered proper etiquette in situations. 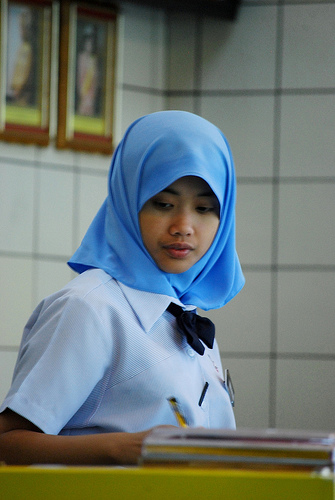 In terms of greetings, people in Brunei typically lightly touch each others’ hands, and then put their hands up to their own chests. It is not common for Muslims to touch members of the other gender, so keep this in mind. People dress conservatively and do not show much skin, even though the weather is very hot. Women are expected in this society to cover their arms and legs.

Certain gestures should be noted while in Brunei. For instance, you should not point your index finger. You are supposed to fold your right fingers over your right thumb and use the thumb to point. It is also considered rude to smack your right hand to your left fist. Do not pass things to people using your left hand, especially not food.

If you enter a mosque, you must remove shoes, and women are expected to cover their heads, knees and arms. Refrain from passing by anyone who is conducting a prayer in a mosque, and do not touch a Koran.

One thought on “Learning the Social Customs of Brunei”