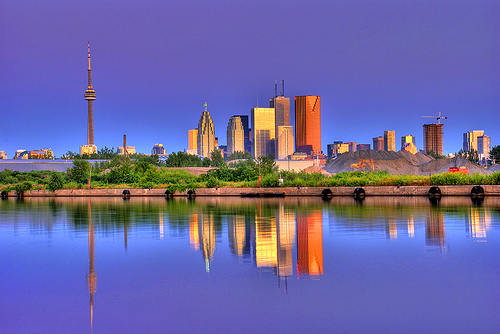 Toronto is a very expat-friendly city, and would not be anything it is today without a strong foreign presence from many different sources. It is Canada’s top choice for immigrants to settle, work and raise families. Apart from being the most diverse city in the world, it is also a global city that is one of the top financial centers worldwide. It is cosmopolitan, safe, clean, international, and full of different neighborhoods and dozens of cultural institutions. It is bike-friendly and has the third largest public transport system in North America, after New York City and Mexico City, consisting of a subway, streetcars and busses. It is on Lake Ontario, as well as the Humber and Don Rivers. There are many parks and public spaces, and of course dozens of tourist destinations.

It has 2.5 million people, and makes up 8% of Canada’s population, and 30% of all recent immigrants. Almost one-third of people in Toronto speak a foreign language at home (not English or French, though French is hardly spoken there). Half of Toronto’s population was born outside of Canada. Many of the native Toronto residents descend from Great Britain and Ireland. 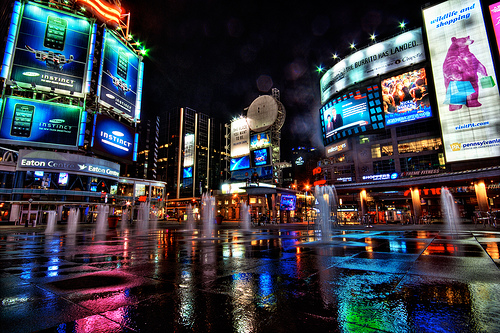 There are five visible minority groups in this city:

Many immigrants also come from India and Sri Lanka. Residents report to being from over 200 distinct ethnic origins. Other than English and French, you will often hear Chinese (Cantonese and Mandarin), Italian, Punjabi, Filipino, Spanish and Portuguese. Aboriginal peoples make up 0.5% of Toronto’s population.

There are many small ethnic neighborhoods in Toronto to explore. Toronto is very well set up for pedestrians, so they are easy to navigate on foot or by public transport. There are two Chinatowns, Koreatown, Greektown, Little Italy, Portugal Village, Little Jamaica, Corso Italia and Little India. Toronto’s main Chinatown, located on Dundas Street West and Spandina Avenue, is one of the largest in North America, and has many traditional shops and restaurants. Koreatown is growing to be a cosmopolitan center, with hair salons and karaoke establishments. Corsa Italia has many cafes, gelaterias and bakeries, and has a stronger Italian presence than Little Italy. The city’s motto is often: “Diversity is Strength.” 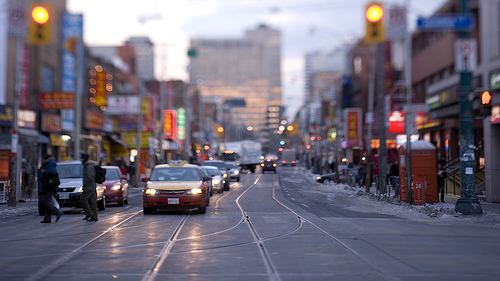 For information about Immigration, visit the city’s Immigration and Settlement Portal.

6 thoughts on “Toronto: The World’s Most Diverse City”