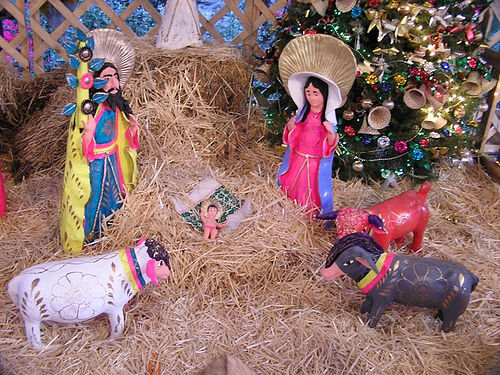 In Mexico, people celebrate a Christmas custom called La Posada. People carry around images that represent Joseph and Mary from house to house, searching for shelter. Most Mexicans go to Midnight Mass, “La Misa del Gallo,” or rooster’s mass. They sing lullabies for baby Jesus. Mexicans also have a Christmas pinata, which is sometimes a clay pot rather than one of the typical paper one. On Christmas day, Mexican children are blindfolded, and then try to break this pinata, which is swinging on a rope. People sing traditional songs during this game. When the break it, they rush to go collect the candy. If children behave well, they receive gifts from the Three Wise Men on January 6th. 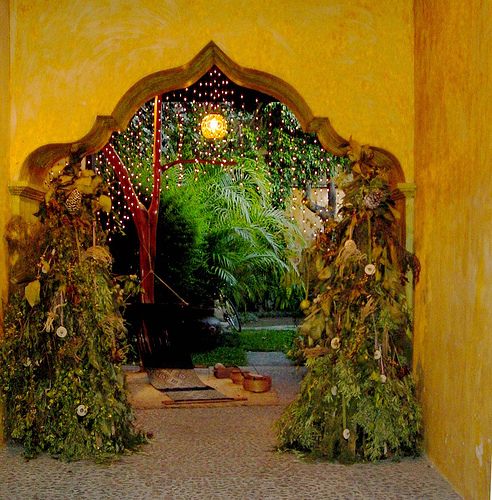 Guatemalans also do La Posada, as they take religious statues around town or to the plaza in the center of town, or bring them to all of their friends’ houses to sing carols. They also set off firecrackers and bang loud drums to celebrate these icons. Guatemalans decorate Christmas trees, a custom brought over by German immigrants. They also practice the German custom of leaving Christmas gifts under the tree for children on Christmas Day. Adults exchange gifts on New Year’s Eve.

Guatemalans also combine some of their old Mayan traditions into Christmas season, which are shown on the Feast Day of St Thomas on December 21st. There is a huge parade with a traditional Mayan flying pole dance. The typical food during this season is tamales. 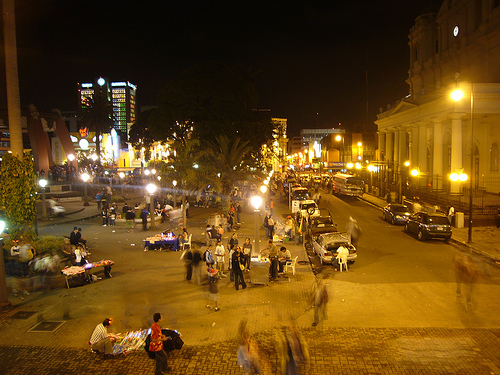 Costa Ricans decorate cypress trees, dried coffee branches or evergreen branches for Christmas. Typical decorations include white paint and small bright strips of paper. The most important Christmas Tree in Costa Rica is located in front of the Children’s Hospital in San Jose. Nativity scenes, or portals, are common; people place fruits, lights and small toys in front of them as offerings. For most of December, San Jose also commences Festival de la Luz, the Festival of Lights, as they decorate lots of places with tons of lighting and hold bull fights. There are parades, parties, festivals and other celebrations in San Jose and other towns in Costa Rica throughout most of this season. Tamales are also a typical Christmas food, as well as assorted regional pastries, such as Tres Leches Cake. Costa Ricans also eat pupusa, which is a tortilla with corn, cheese and other ingredients, as well as grilled pork, sausage and chicken. Turkey is becoming more popular, since there are many Western expats living in Costa Rica (and because of globalization in general).