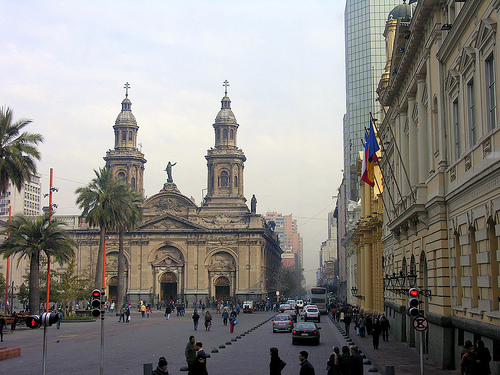 Santiago is the capital and largest city in Chile, with a population of 5.2 million. It is one of the most modern cities in Latin America. It is very developed, full of malls and high rise apartments. It has a good public transit system, with the extensive Santiago Metro and the Transantiago bus system. It is a regional headquarters for many multinationals, and an international financial center.

The city lies within the Santiago Basin, between the Andes Mountains and the Chilean Coastal Range. Because of its geographical position in a valley, it holds in air pollution, creating a smog problem. Because the city is often hit by earthquakes, few of the historical buildings have been preserved. There are many universities in Santiago, so it’s full of students. Santiago is a diverse city full of many different districts, such as the hip old district, Barrio Brasil, or the upscale, upper class area, Los Condes. There are various nature attractions outside of the city, including hiking, skiing and hot springs. 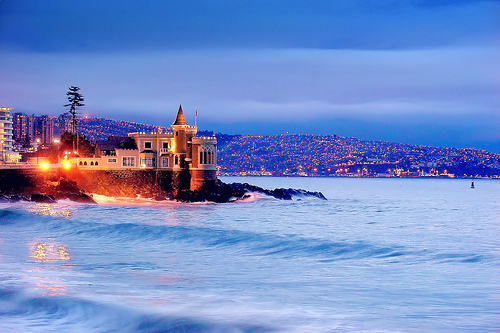 Viña del Mar means “Vineyard of the Sea” in Spanish, and this city has a population of 286,000. The city does have a local scene, but it is a huge tourist destination that is full of resorts and casinos. It is in the middle of Chile, on the coast. Several universities are situated in Viña del Mar, which range from architectural to Christian colleges. Viña del Mar also suffers from earthquakes, so it is hard to preserve any historic buildings. The city is full of lovely parks and gardens. It is most famous for holding the annual International Song Festival. It is a nice place to relocate if you like a beach town and do not mind lots of tourists. 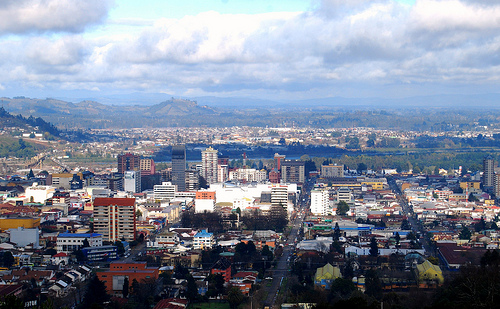 Temuco is located in central south Chile; about 245,000 inhabitants are stationed here. Two famous Spanish poets, Gabriela Mistral and Pablo Neruda both lived in Temuco. The land around the city has many plantations of confierus forests, which are by the foothills of the Andes Mountains. Temuco has a temperate climate, and is on the Cautín River. The constant rain in the winter keeps Temuco from suffering from high air pollution. There is a bus system in Temuco, but no rail system. It is close to many resort centers, and it is a modern city with a shopping mall.

One thought on “Exploring the Cities of Chile”