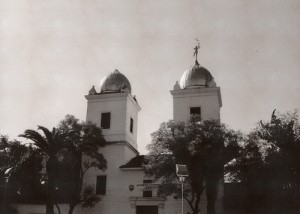 Religion is very important in Chile. Most Chileans are Roman Catholic, and the church is involved in social and political spheres of life. Schools instruct Roman Catholicism to students, and divorce was illegal until 2004 because of the Church. Most national holidays also have to due with religion.

The family is very important to Chileans. People are in contact with their extended families, and will join for major celebrations. Nepotism is common and not viewed negatively, and small businesses will often be 100% family-run.

When Chileans greet one another, it is custom for men to shake hands, and for women to pat one another on the right forearm or shoulder. They greet each other with “buenos dias” in the mornings, “buenas tardes” in the afternoons, and “buenas noches” in the evenings. Chileans use both their mother’s and father’s surnames, but list the father’s surname first. Do not use someone’s first name until invited to, as that is reserved for close friends.

Gifts are given for Christmas and birthdays. If you are invited to someone’s home, it is custom to bring chocolates or wine for the hostess. Do not give purple or black flowers, as they are meant for funerals.

When invited to dinner, keep in mind that manners are quite formal in Chile. Women sit before men, and the hostess must invite people to eat. While eating, keep your hands visible and your wrists resting against the edge of the table. Try not to speak when you have your eating utensils in your hands. The host will make the first toast, which is usually “salud,” meaning health. Pour wine with the right hand. 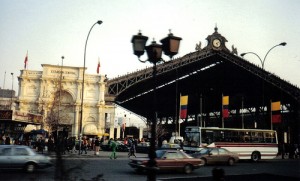 The Chilean business world exhibits a degree of formality. When greeting someone, use a firm handshake and smile, and maintain eye contact. Traditionally, women would not shake hands with men, but this is becoming less common. Always use peoples’ surnames and titles. Exchange business cards at the beginning of a meeting, and try to get one side translated into Spanish. Make sure to have your business cards in good shape, as they reflect upon you.

While in a meeting, people try to get to know each other by talking about non-business topics. It is common for people to interrupt each other. Do not openly criticize anyone at these meetings. Chileans are known to be indirect while communicating, and confrontation is usually avoided.