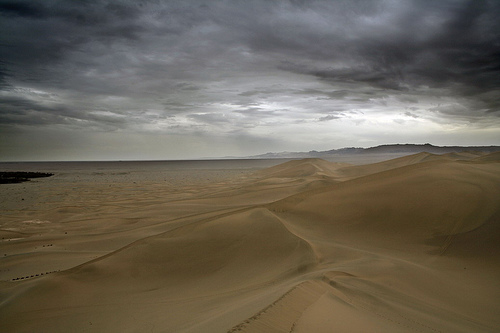 The Gobi Desert is located in parts of northern and northwestern China, stretching into Mongolia. It is the fifth largest desert in the world, and has historically played a big role in the Mongol Empire, as well as the times of the Silk Road. The North China Plain binds the desert to the southeast part, and the Tibetan Plateau and Hexi Corridor bind it to the southwest. Its total area is about 804,672 square kilometers (500,000 square miles), and it is expanding. Though considered a cold desert overall, the weather of the Gobi Desert is known to be extreme, with great fluctuations in temperature throughout the day. Some interesting animals in the Gobi desert include black-tailed gazelles, Mongolian wild ass and sometimes snow leopards. 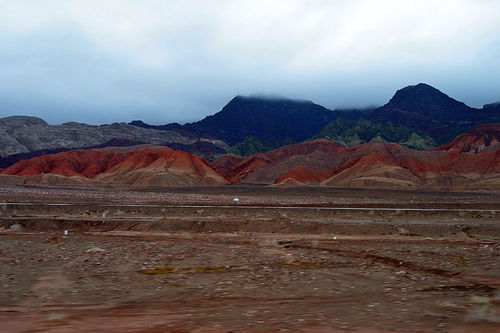 The Taklamakan Desert is located in the Xinjiang Uyghur Autonomous region of China. It is bounded on all sides by mountain ranges, and is a cold desert. The Taklamakan is one of the biggest sandy deserts on earth, also being one of the biggest non-polar deserts. Its total area is approximately 160,934 square kilometers (100,000 square miles), but it is also expanding into surrounding farmlands and villages. The Tarim Desert Highway goes through this desert from north to south, and some of this road goes along malleable sand dunes; it is a new highway that was completed in the 1990s. Historically, this desert was crossed by travelers at its northern area or its southern area during the times of the Silk Road, so that people would not have to go through the desert.

The Ordos Desert is located on a plateau that is south of the Inner Mongolian Autonomous Region of China. Its soil is made up of sand and clay, which is very hard to farm. It has the area of about 90,650 square kilometers (56,327 miles). The Yellow River loops around this desert in its western, northern and eastern parts. The Great Wall of China also separates this river in the south and east from some fertile land. 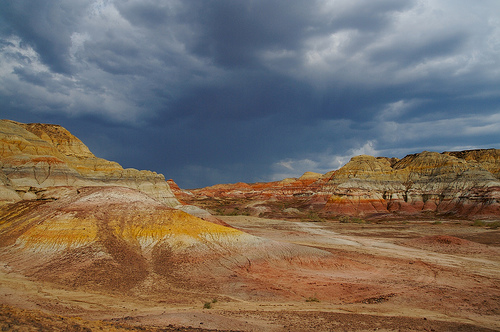 The Gurbantunggut Desert is located in the northern region of China, in Xinjiang. This area takes up about 50,000 square kilometers (31,068 square miles). This arid region is very remote and rugged, and it has a temperate, yet contintental, climate. There are a few cities to the south of this desert, such as Urumqi.