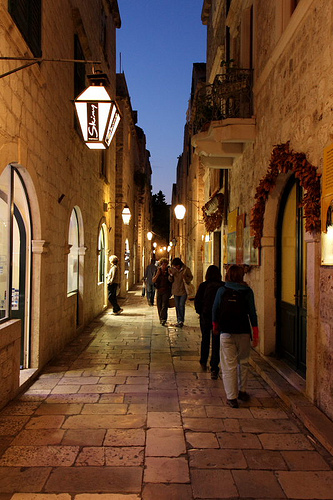 Croats make up the majority of population in Croatia, but there are several other ethic groups, including Serbs, Hungarians and Roma. Most of the population is under the Roman Catholic religion, and the church tends to be influential in society. The church used to be repressed when this country was under Soviet rule, but has regained power ever since. Many Croats are loyal to Gospa, the virgin, and many towns throughout the country have shrines built to bless her.

Many Croats also have the tendency to be nationalist and proud of their country, calling it “Our Beautiful Homeland.” They have pride in their heritage and culture, and their nation, which has had to put up with many foreign invasions, occupations and control. Croats keep their culture very alive with various songs, folk tales, jewelery, costumes, dancing and rituals. 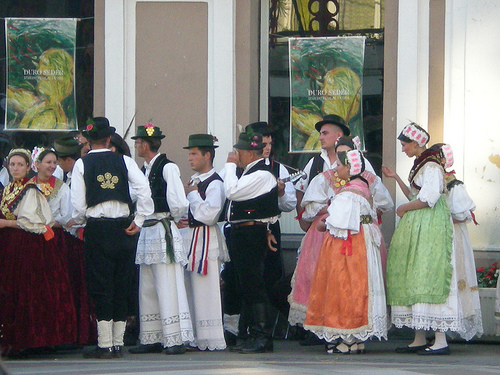 Croatia is a very family based society, even though nuclear family households are becoming the norm in the modern age. People are usually close with their extended families on their mother’s and father’s sides, and consider them a network of support. Weekends are often reserved for spending time with families.

In terms of greeting, the common gesture is a handshake, eye contact, and greeting for appropriate time of the day: “dobry jutro” for morning, “dobry dan” for afternoon, and “dobro veeer” for evening. It is a good idea to address people by their title and surname: “Gospodja” for Mrs, “Gospodice” for Miss, and “Gospodin” for Mr. Wait to be told to begin using first names. At parties, hosts usually introduce new people to guests. They will introduce then women and then the men, oldest first and youngest last.

If you are invited to a Croatian house, it is polite to give flowers to the hostess, and/or chocolate or wine to the host. Flowers should be in an odd number, and not chrysanthemums, because those are used for funerals.

Eating manners are not very formal in Croatia. People like to enjoy their food while having good conversations. However, if you are at someone’s house, you should definitely wait to be told where to sit, and wait for signals to begin eating. You should unfold your napkin and place it on your lap. You will likely be offered second helpings of food. It is standard to refuse them, and then take more after the host insists. If you are finished eating, you should leave a small amount of food on your plate.

4 thoughts on “Learning the Social Customs of Croatia”