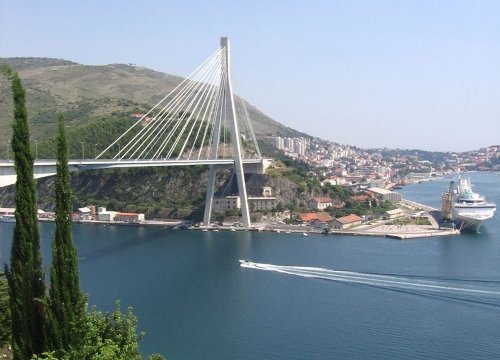 Romantic poet and expat extraordinaire, Lord Byron, called Dubrovnik the “Pearl of the Adriatic”, and we can’t help but agree. Located in Croatia’s extreme south, it remains one of the most popular tourist attractions on the Adriatic Sea. It would make a pretty good new place to live, too.

In 1979 the city was declared a UNESCO World Heritage Site, and it has been home to countless artists, poets, playwrights, philosophers and scholars throughout its history, making this gem of a city the ideal place to ponder the things that really matter in life. The Croatian language and its literature heritage also owe a lot to the inspiration that this city brings.

Despite its popularity as a tourist destination, under 50,000 people call the city a permanent home. And the climate here is predictably Mediterranean, which means mild winters and pleasant, sunny summers.

Notable events and places within the city include the Dubrovnik Summer Festival, when artists are given the keys to the city for entertaining the city’s guests with live plays, concerts and games. The historic arcitecture in the Old Town is majestic too. And there are many Mediterranean islands around the city which offer breathtaking hiking, views, and swimming in those clean, transparent waters of the Adriatic.

If you’re interested in traveling or moving to Dubrovnik, check out Croatia Online, a really helpful blog highlighting tips, undiscovered places and travel facts throughout the country.