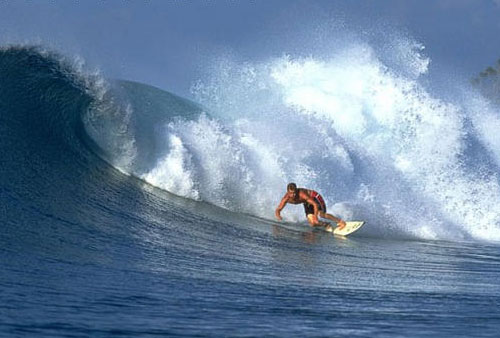 Also known as “Way To California”, La Libertad is a municipality in the La Libertad department of El Salvador. It was founded by the British colonist Sir Francis Drake while on route to northern California, and has been an ideal expat haven practically ever since.

A tourist site for many international surfers as well as salvadorans across the country, you can appreciate the beauty of this place whether you actually catch the waves or whether you’re just a metaphorical surfer. The La Libertad beaches are some of the best surfing beaches in the country as well as in the whole Central American region.

Puerto de La Libertad is also one of the country’s major ports, and is one of the best places for eating the delicious salvadorian “cocteles” or “seviches”. The location is ideal for many of the regular surfing stereotypes: there are weekly artistic performances ranging from live music, theater, art exhibitions, and culinary expositions.

Even better, not far away is a UNESCO World Heritage Site, Joya de Ceren, which is an archaeological site featuring a pre-Columbian Maya farming village preserved remarkably intact under layers of volcanic ash. It is often referred to as the “Pompeii of the Americas” in comparison to the famous ancient Roman ruins.

Among the many must-see beaches of this region include El Sunzal Beach, the best surfing beach in El Salvador and, according to come, one of the best 10 of the world. Other surf spots around the region include: Conchalio, La Paz, San Diego, EL Zunzal, La Bocana, El Zonte.

Let’s face it, if you’ve come to La Libertad, you’ve come for the incredible beach life and everything that comes with it. And here, you won’t be disappointed.

The transition to move here is easier than some others, since El Salvador dropped its own currency in 2001, the colón, and adopted the U.S. dollar. And according to the IMF and CIA World Factbook, El Salvador has the third largest economy in the region (behind Costa Rica and Panama) when comparing nominal Gross Domestic Product and purchasing power GDP.

Been looking to move to Central America? Consider El Salvador!