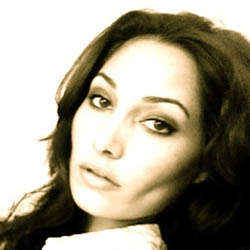 Today’s Expat Spotlight interview is JouJou, aka “The Babe with the Power”. She’s a Writer, Actress and Voiceover master living in Tunisia.

I’ve always wanted to go to the land of the Sahara, the Mediterranean, and camels.  In North Africa they speak French AND Arabic, there is this whole other identity that has stemmed from the French colonizing this region and I wanted to experience that.  I also wanted to live in France at some point.  This was constantly tugging on me and like all things that we truly want to do….we have a tendency to put it off until we can no longer take it.

I was working a job in fashion (very ‘Devil Wears Prada’) and about to lose my mind.  I read ‘The Alchemist’ and was pretty much convinced that if I didn’t follow my dream I would forever be lost in the land of superficiality and cray crayness.  So I walked out, moved out of my beautiful apartment….moved to Chicago, then to Austin, then back to Dallas because I wanted to experience as much of the states as I could, then finally got everything in order and MOVED!!!!!!

I have friends that live in Tunis and this is what made the transition as easy as possible.

Tunisia is the only other country I have lived in so far.  The next country on the list is FRANCE!!!!

“This isn’t the United States….REMEMBER that.”

If you are constantly comparing your native country with your new adopted one, you are NEVER going to make it.

My next country I’m going to is France.  I would like to spend a year or two in Paris then settle in the south.  I have a lot of friends in Paris that I constantly visit, which is great because Tunis is so close.

I would also like to live in the states again at some point….perhaps when I hit 30!!!!

For work, I do a lot of voice overs for European and African corporations, film commercials and do print ads…and I’m currently working on my first novel.

In the fall I will be attending a language institute where I’ll be going for 4 hours Monday thru Friday.

Other than that, I country hop as much as I can and go to Paris constantly. 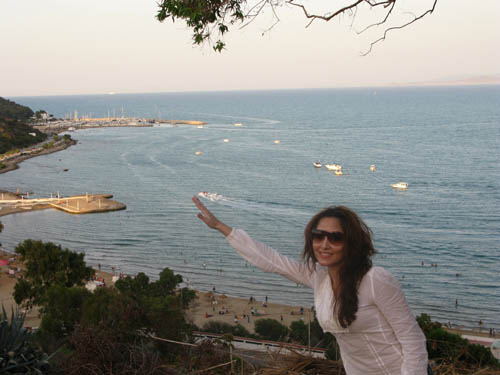 Tunis is not for the faint of heart.  There are less than 1% of Americans here and about 1% of foreigners from other countries.  My American friends that I have here are tough cookies.  I often question how I am able to sustain living here.  They say if you can make it in New York you can make it anywhere….New York seems like a cake walk compared to this.  You have to be extremely resilient and open minded, patient, and know your battles.  Basically…you have to REALLY want it.  Tunis is the type of place that you really must have a desire to experience.  You come here because you want to be around the maghreb culture.

People have no concept of personal space here, the government is a joke (it takes 4 times as long as it should to finish), some people tend to be a little barbaric, and it isn’t the cleanest place in some parts.  THAT said Tunis is one of the most beautiful places I’ve experienced, the Mediterranean is achingly beautiful here, the people are so very kind, and language school is dirt cheap here.  By coming here you get to experience what people will never ever be able to experience.  A culture so exotic and defined that it is hard to completely leave forever.  Once Tunisia gets into your system, there is no turning back.  There is an appeal to all the chaos and I find that the expats that come here have a desire to grow unlike any other.

Like I said, the American community is less than 1% here so everyone pretty much knows everyone or of them.  We get together every so often to get a taste of home and talk about the craziness that is Tunisia.  It is a good time.

Tunisia is a muslim country but also the most liberal.  We have topless beaches, there are bars, clubs, etc. and people drink.  It shuts down for one month out of the year because of Ramadan but foreigners can do whatever they want.  If you don’t know French or willing to LEARN French…do not come here.  Not a lot of people speak english and the Tunisian dialect is so very different than standard Arabic.

Thank you, JouJou for participating in our Expat Spotlight! We wish you success and happiness in your current location, and wherever your dreams and business endeavors take you.