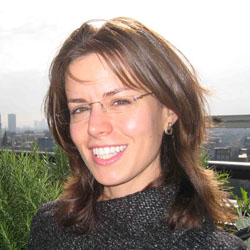 Today’s Expat interview is Michelle Garrett, an American writer who has lived 19 years in the UK and now calls this previously foreign country ‘home’.

During university I moved to Britain to study for six months. I lived in a castle in Northumberland. I was enchanted by the beautiful countryside, I enjoyed learning the differences in the people compared to back home, and I became accustomed to the world view of the Britons. I fell in love with a local lad, and after returning briefly to the States to finish my degree I married my English boyfriend and we moved to London. We always thought we would move back to the States… but then I began to develop a life in Britain and now I call it home.

I have only been an expat in Britain.

A woman I worked with briefly, a backpacker from New Zealand told me once, ‘Imagine yourself old, very old and imagine your old self speaking to yourself of today. What advice would you give?’ That’s usually the advice I take; it’s often different to what I originally thought I should do.

You’ll never regret it if you try living abroad, but you’ll always wonder if you don’t.

Why India? It’s different to anywhere I have lived. We stayed in India briefly a few years ago and would enjoy the experience of getting to know a part of the country much more than the superficial impressions we get from traveling.

I love history and living in Britain I have been able to explore that interest more than I ever could living in Minnesota. I have also developed a new interest, landscape history. When going for a walk through the countryside we can look at the pattern of trees at the edge of a forest, or the depth of a well-used path and compare these to satellite images and work out how the land was used centuries earlier, e.g. where a Roman road ran, the grounds of a former Tudor Palace, or the outline of a Roman Villa in a friend’s field. Fascinating stuff!

It’s entertaining to get to know one’s environment on such a multifaceted level and gives one a much greater appreciation of human life and history. Knowing the history of a place, including the landscape history, contributes to an understanding of the people who live there today.

I live in Essex, in the UK. I love it because we have beautiful countryside, friendly people, fascinating history, interesting things to see and we’re within an hour of London–the most fascinating city in the world. Also, we’re within an hour and a half to three international airports, two Eurotunnel stations, major rail networks and major road networks so we can get to the rest of Britain or the world quite easily.

Most expats where I live have mixed fairly thoroughly with the locals, but a few of us have found each other through the school mum network. Although I don’t know any other American expats in my area, I do have several expat friends from other countries who are married to Britons. We don’t always express ourselves as expats, but fromtime to time we get ontot he subject of the British and the difference between our native country and Britain. Generally, we miss more sun and we enjoy British eccentricities.

Thank you, Michelle for participating in our Expat Spotlight! We wish you success and happiness in your current location, and wherever your dreams and business endeavors take you.

3 thoughts on “Michelle Garrett in the UK Expat Spotlight”