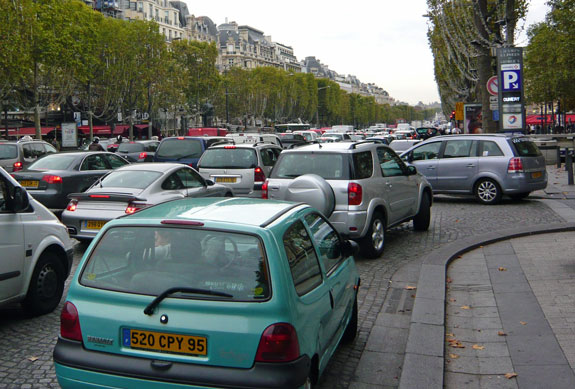 This whole site is dedicated to helping people make their expat dreams come true, but of course not every story is a success. Having traveled around Asia for well over a year now, and having lived in Europe for a time on an earlier stint, I’ve been chatting with hundreds of expats along the way. Most are quite happy being where they are, but not always.

There are some people who’ve regretted moving in the first place, though those cases tend to be rare. However, it seems extremely common that people who had planned on living abroad for perhaps 5 years or more end up cutting things short by 4 years or so. Here are some examples of some of the things that can lead to a less than ideal expat situation.

1 – You are moving for the wrong reasons

Nearly all happy and successful expats agree, you really should be moving TO a place rather than AWAY from a place. In other words, it’s usually not wise to move to, say, Thailand because you so dislike the US or whatever country you are from. You should be moving to Thailand because you want to move to Thailand. The plan to get away from a place usually leads to short-term happiness at best.

There are other poor reasons to become an expat, including the idea that you can suddenly become a new person if you live in a foreign city, or that you’ll be far more popular or have an easier time finding dates and so forth. It can be refreshing to give yourself a new start somewhere else, but if you are shy at home chances are you’ll be at least as shy abroad.

2 – Trading one set of problems for another

Along the same lines as the point above, many people hear nothing but bad stuff in the news about their current home, and only “vacation reports” from countries abroad. This can understandably lead to the idea that your home country is screwed up beyond repair and that Costa Rica or Spain or New Zealand has got it all figured out. But obviously, there are problems everywhere.

Once you arrive in a new place as a resident instead of as a tourist you’ll start talking to locals who’ll be happy to have a new face to complain about how screwed up their country is. It’s amazing to chat with expats in countries all over the world and hear them all say more or less the same thing when something really stupid is pointed out. “Well, that’s how things work here in (insert country name)! It’s always this bad!” Whether it’s Vietnam or India or France or Argentina, there is an impressive set of problems waiting there for you, which will suddenly make your previous home look not too bad by comparison.

3 – You’ll be giving up many conveniences

Again, when visiting a place on a holiday, everything can seem rosy and you’ll be thrilled to trade your everyday life for the new options abroad. But for many people, trading those elements of everyday life for years at a time can wear you down.

The supermarket is usually a good place to find these difficulties. Regardless of where you are from and where you are going, there’s an excellent chance that maybe 4 or more out of your favorite 10 foods are either extremely expensive or not available at all. Like a bit of cheese now and then? Forget about finding it anywhere in Southeast Asia, except for pricey stuff in the biggest cities. Do you like wine instead of beer or vodka? In some parts of the world the wine is terrible, incredibly expensive, or unavailable. These sorts of things, and many more, can drag you down after a while.

4 – Separation from family and old friends can be very difficult

I’ve heard variations on this story many times. A person has moved from the US to Europe and then a family member gets sick unexpectedly. The fact that reaching them, and the rest of your family, takes several days and a huge amount of money (for a last-minute long-distance plane ticket) is incredibly stressful.

Many expats are fine living as distant satellites in their extended family, and for some that’s actually part of the appeal of living abroad, but others crumble when things go wrong, which is very likely to happen eventually. A person who is very close to their family will often end up moving back home far sooner than they had expected.

5 – The red tape can be overwhelming

This can vary greatly by country, but for the most part expats seem to find that things like obtaining health insurance, enrolling children in school, or buying a home can be far more complicated than they’d ever expected. In many countries, like India for example, the massive amounts of paperwork and red tape are built into society partly to make paying bribes to get around them more attractive.

But in other areas, there are mountains of forms to fill out that might take months to get a response for, only to find out that they asked you to fill out the wrong form in the first place. If your company is moving you then there’s a good chance you’ll have a good support system for such things, but if you are trying to move on your own then you might find out that some seemingly normal things are nearly impossible for foreigners.