Let’s face it, expatriation is most appealing when we imagine ourselves on an exotic beach somewhere, soaking in the rays and sipping on a sweet, tangy fruity drink. Thus, in this spirit we’ve made a list of 7 great beaches from around the world, one for each continent. Enjoy! 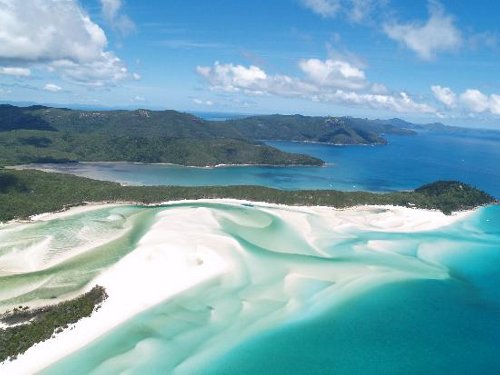 Australia’s world famous Whitehaven Beach is located on North Queensland’s Whitsunday Island. The majestic white sands are actually made up of tiny bits of coral from the Great Barrier Reef, after millions of years of being turned and crushed by the blue, gentle ocean waves. Since it’s located so close to Australia’s coast, the island is a popular day trip and easily accessible. 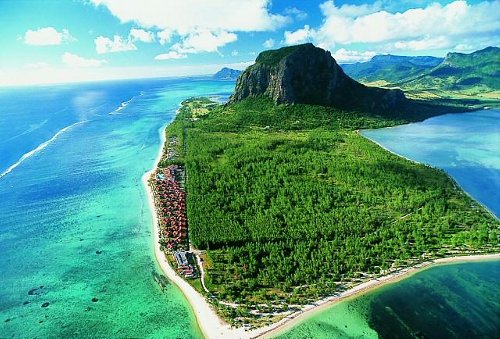 The African island nation of Mauritius has so many beautiful beaches, it was impossible to pick just one. A coral reef surrounds the islands, making for some amazing snorkeling. You may also recall that the island was the only known home of the famously extinct Dodo bird, which met its demise shortly after European settlers discovered it.

If Bali is known for anything, it’s the beaches. Lined with resorts and popular with tourists, Sanur Beach has a well deserved reputation of being one of the world’s most beautiful. The surf here is gentler than at other beaches on the island, and the surrounding beach town is mellow, laid back and exactly what you’d expect from paradise. Lounging under a palm tree here will quickly make you forget all your troubles. 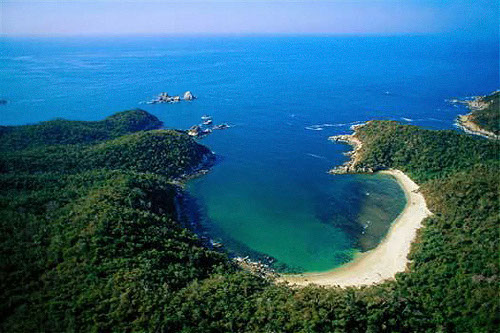 Located in the largest ecological reserve designated by the Mexican government, is the Bahias de Huatulco, which includes 35km of coastline, 10 bays and 35 beaches. While many of the beaches are secluded, there is also a local infrastructure in place for travelers.. Because so many of the beaches are hard to reach, you’ll be able to cozy in to your own romantic nook far away from the ‘spring break’ crowds and noise common in Mexico’s more populous beaches. 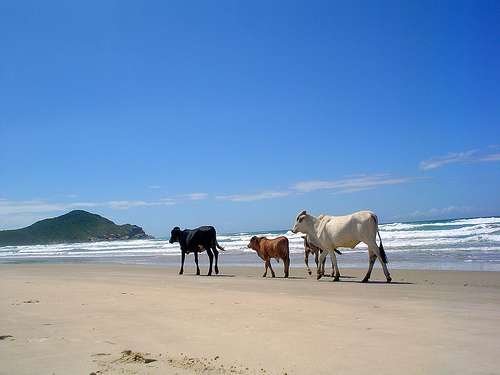 In a land of beautiful beaches, Praia do Rosa is one of Brazil’s best. Nestled within a crescent-shaped bay, this beach has it all: sand dunes, surfing, beautiful people, charming bungalow getaways, and you can even catch a glimpse here of southern right whales making their seasonal migration, from July to November. 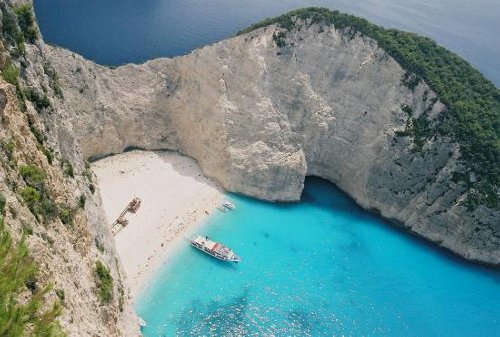 Perhaps more famously known as “Shipwreck Beach” or “Smuggler’s Cove”, this breathtaking white-sands spot might symbolize the Greek Islands better than anywhere. The shipwreck is the suspected remains of the smuggler ship Panagiotis, which would be ghostly or ominous if we couldn’t imagine a better place to shipwreck. 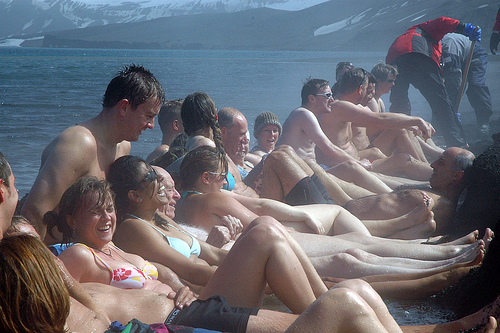 We know Antarctica isn’t exactly a continent known for its beaches, but you might be surprised. Most notable is Deception Island, which is actually a half-submerged, active volcano caldera. It may be hard to believe, but thanks to that volcano, it’s actually warm enough to swim in the island’s bay. Yes, even in Antarctica. The island also features several hot springs, like those featured above. Try swimming with the penguins– in a bathing suit!