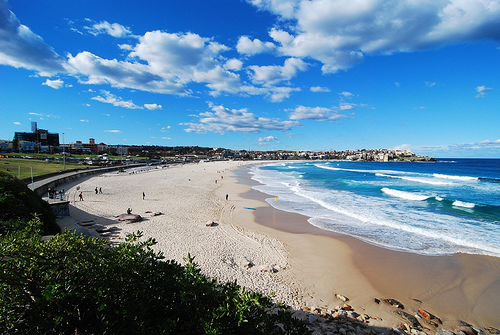 This is a wonderful beach for surfers, and the surrounding area has a very laid-back mentality. There is a half mile of white sand on the ocean, a wide promenade and a 10-mile park adjacent to the beach. It is located about 7 kilometers away from the business center of Sydney, in the area of the Eastern Suburbs. A great location to get away from the hustle and bustle, yet you are not too far away from the action. 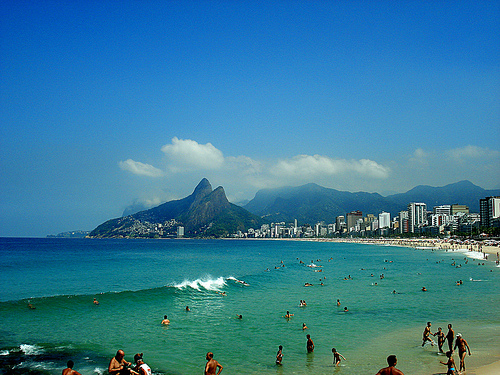 This beach is full of Brazil’s attractive people, which compliment the colorful umbrellas and tall urban buildings in the background. Though a gorgeous beach with a famous mountainous backdrop, many just come here to look at the people! Some of the athletic types play footvolley on the sand, a Brazilian combination of volleyball and football. Those who want to relax are free to consume beer. 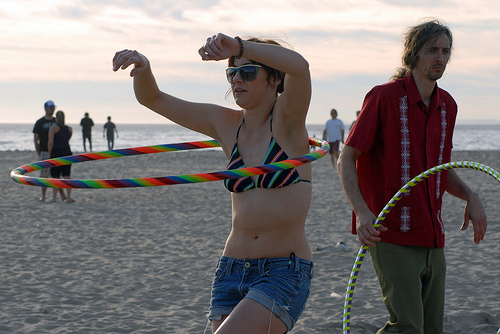 The extended beach stretches for seven miles, from Marina del Ray to the Pacific Palisades. Venice Beach has somewhat of the old surfer-dude mentality, with lots of dread locked people walking around, and vendors burning sage under their tables. There is also the famous outdoor fitness area, Muscle Beach, if you love working out to the seabreeze. The Pacific waters tend to be cold, so not too many people emerge themselves in the water without wet suits. Many come to Venice Beach to discover the inspiration of Jim Morrison from the Doors. 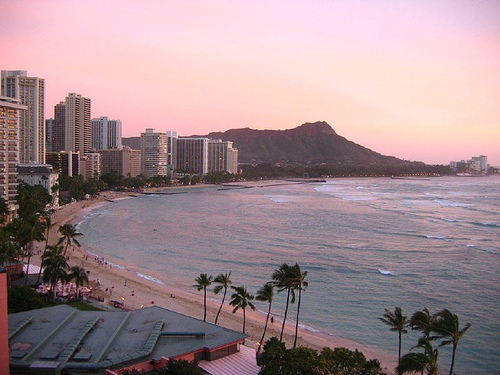 This beach is located by Diamond Head, a famous extinct volcano, and is two miles long of white sand. It is a great place for beginner’s swimming, with lovely turquoise water and mellow waves. It is often full of tourists, as there are so many hotels along the beach. 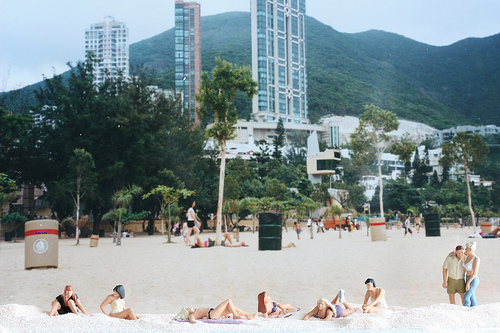 Not many would think of sandy beaches when they think of Hong Kong, but they do exist! The area has beautiful, tall mountains in the background, along with awesome views into the South China Sea. Many professionals from the area frequent this beach during their time off on the weekends. 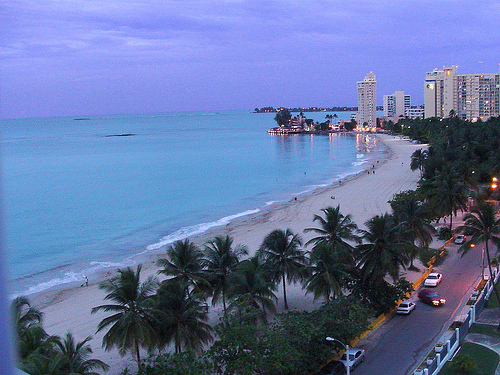 Isla Verde Beach consists of a few different pink sand beaches. There are many hexagon-shaped picnic shelters, lots of outlet shopping and an old fort. There are all sorts of different scenes on this beach, from family to tourist to young people to locals. There are many opportunities for water sports, including surfing, waterskiing, parasailing, and body boarding. 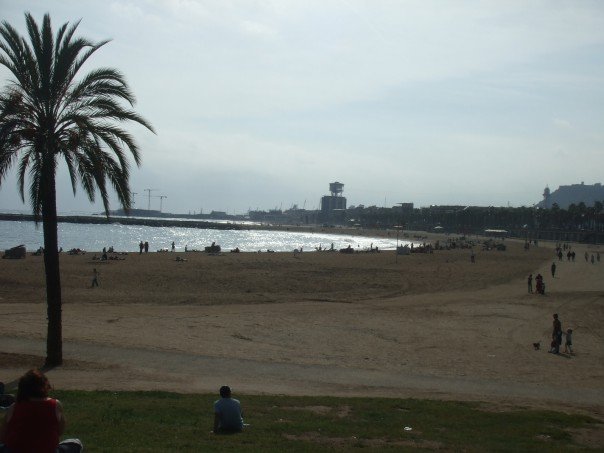 This is a small urban beach on the Mediterranean where you can enjoy the unique public art sculptures that decorate its premises and surroundings. It used to have more of an older fisher town mentality, but was all renovated during the early 1990s, so most of the buildings are new. There is not much action or nightlife going on at this beach during the night, but it is still romantic to watch the waves in the moonlight. Though it seems pleasant, some “interesting” characters tend to hang out by the beach, so watch out for them! 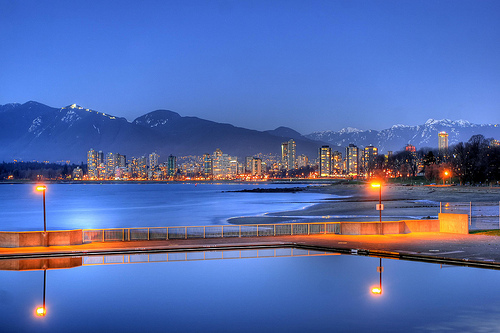 This beach has an interesting visual contrast in the summer, as you see snow capped mountains in the background. It has a stretch of gray sand, and also many exercise courts, like ten tennis courts and two basketball courts. There are even grassy parks, as well as Canada’s largest saltwater swimming pool! It is located in proximity to a few other beaches, including Wrecks, which is clothing-optional. Definitely go here during the warm summer months, and skip out on the rainy season. 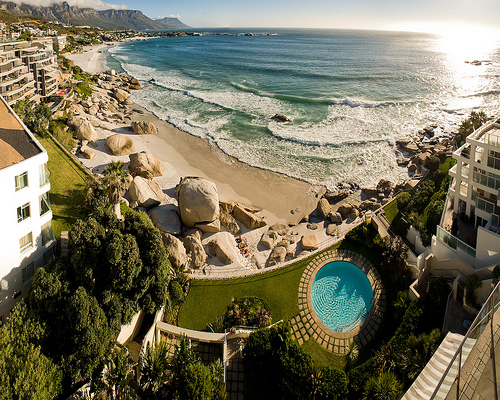 The Clifton Beaches consist of four small beaches, which are sometimes referred to as a whole as “South Beach.” They are separated by small boulders, and their entire length is about a collective half mile. Each beach has a different crowd. The first beach has many local people from the upscale apartments, while second has a small gay scene. The third beach is known for young, hip people, and the fourth is more known for families. The water is known to be clean, but it is very cold. 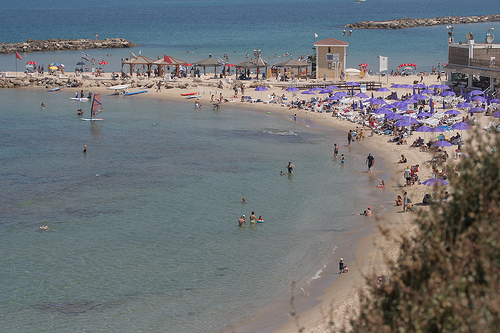 Tel Aviv consits of many stretches of beach along the western side of the city, on the Mediterranean. Many of them are named for the hotels they coincide with. Hilton Beach is known for being gay-friendly, as well as having a dog-friendly section, and a great spot for surfing (quite a diverse selection!). Gordon Beach is more touristy and expensive, but is neverthless clean and beautiful. The beaches get very crowded in the summer, but in the winter they are usually still warm enough to enjoy. It is very easy to walk into the city from the beach in Tel Aviv.