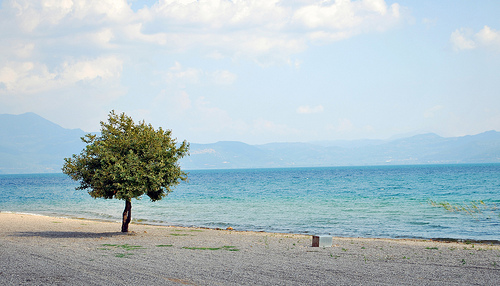 Lake Trichonida is the largest natural lake in Greece, and is situated within the mountains outside Agrinio, which is in western central part of the country. It has an area of 98 square kilometers (61 square miles), and its water flows out into Lake Lysimachia. The region around this lake is a very scenic area, covered by rolling hills full of forests and some farmland and other small towns. About 200 species of birds fly around this lake. 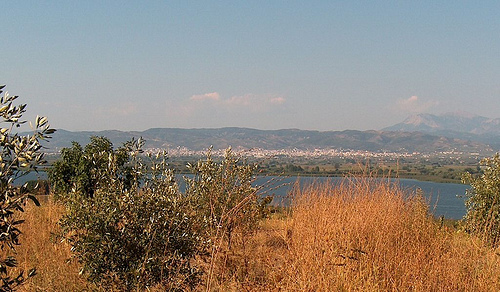 Lake Lysimachia is located west of Agrinio, and the area around the water offers a nice view of this city. It is a small natural lake with a surface area of about 13 square kilometers (8 square miles). its waters used to be part of Lake Trichonida, but a road was built in the middle to separate these two bodies of water. The Acheloos river connects these two lakes through two artificial ditches that were created during the construction. 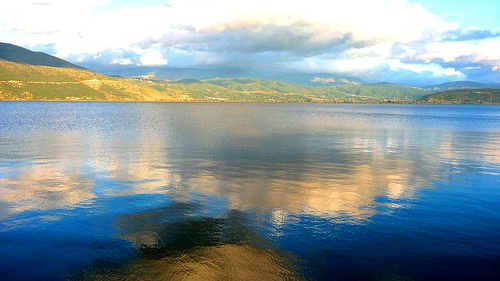 Lake Ioannina is the largest lake in Epirus, a region of northwestern Greece. The city of Ioannina is located in the western part of the lake, and the town of Perama is located to the north, but the rest of the area around the lake is rural. It is a reservoir that is about 23 square kilometers (14 square miles) in size. 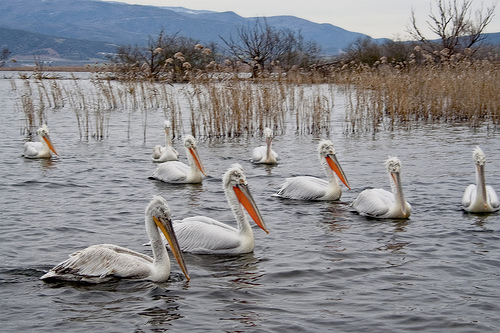 Lake Volvi is located in northern Greece, in the Macedonian region, outside the city of Thessaloniki. It has a surface area of about 68 square kilometers (42 square miles). This lake floods sometimes when there is intense rainfall, but it does not freeze in the winter.

Lake Orestiada is located in the Kastoria region of Macedonia, taking up about 28 square kilometers (17 square miles). The lake is shaped like a kidney, situated in a hilly peninsula. Some Byzantine remains are located near the shores of this lake. 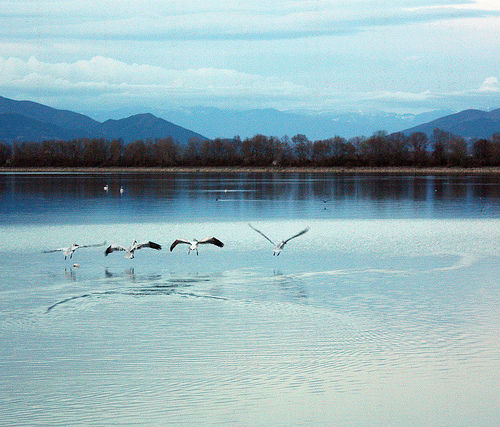 Lake Kerkini is a human-made reservoir that was developed in 1932 over former marshland area. It is located in northern Greece, at the border of Bulgaria. It is a huge site for migratory birds who fly around the Aegean Sea, the Balkan region and the Black Sea. There are also many different non-migratory birds that live around this lake, as well as fish, amphibians and reptiles. During the growing seasons, the water level slightly shrinks, as it is utilized for irrigation.