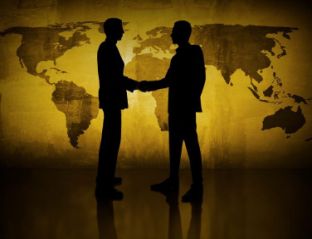 Laid off? With the economy likely to get worse before it gets better, your best opportunities for finding employment might be overseas.

That’s what laid off IBM workers have been doing. As IBM announces more layoffs for employees in the U.S., they’ve been adding jobs in developing countries such as India. In fact, the company has been offering to pay for the transitional costs of moving for their former employees if they opt for the move.

The news marks the turn of a new leaf as the global economy matures and expands. While previously the best option for ambitious job seekers in the developing world was to travel across the globe for a job– usually into the U.S.– now it’s Americans who are thinking globally to find work.

Here at expatify, we think these events are better embraced than feared.

In fact, despite common misconceptions, the transition is more likely to improve your standard of living than sacrifice it. Undoubtedly, developing economies aren’t going to offer the same high salaries you expect from employment in the developed world, but when the cost of living is taken into consideration, that smaller salary can take you a lot further than the higher salary ever did back home.

Taking India as an example, positive accounts are coming from those who have already made the big move. According to one marketing executive now working in Delhi, it’s easy to cut costs there. Healthcare is top notch and bottom dollar, and she has even been able to hire people to cook and clean for her, shoring up more family time.

Plus, as the global marketplace continues to expand, that international experience will look great on your resume.