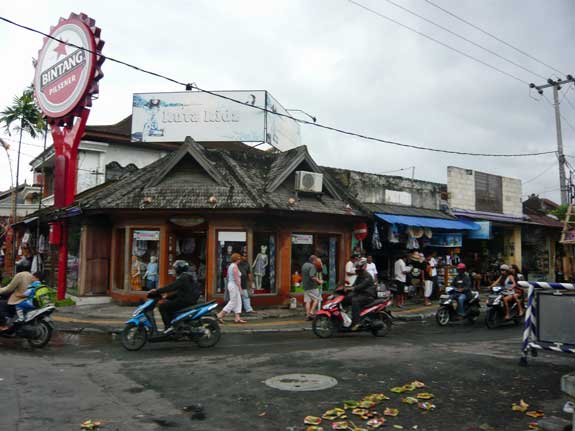 It’s an interesting phenomenon that Bali is considered to be paradise by many people, yet its most popular tourist city has a reputation for being a nightmare as well. Kuta Beach is certainly a bit of both, and as long as you do some research you can get a lot more of the former than the latter, at least for a short visit.

Kuta Beach is known as a bit of a tourist ghetto, particularly popular among Australians, surfers, and Australian surfers. The center of town is quite dense and you won’t find many vacant lots or parks mixed in, but it’s also low-rise development and there’s a huge and pleasant beach only a few steps away.

The vibe in Kuta

First off, I’m one of many who recommends that Kuta should be no more than a short stop on anyone’s first trip to Bali, as it’s the least Balinese and least magical part of the island. However, if you’ve seen other parts of Bali and you are looking for a cheap and warm destination with great beaches and maybe a bit of nightlife then Kuta should not be dismissed.

There’s a long pavement/sidewalk that goes all the way up and down the beach, so if you don’t like walking past all the shops and the often-aggressive taxi drivers looking for riders, it’s simple enough to just stroll over to the beach and then walk as far as you want. There are some posh new resorts both north and south of the main part of Kuta Beach, so if your budget permits you can stay right on the beach and not have to deal with the craziness at all.

Unlike many beaches in Asia, this is quite an impressive chunk of sand, with lounge chairs and umbrellas to rent for a low price all the way up and down. There are also countless vendors looking to rent you a surfboard or sell you a cheap beer or a lunch. The souvenir hawkers can get annoying at times, but tuning them out gets pretty easy after a short time, and they aren’t relentless like they are in many other Asian cities.

One reason that Kuta has earned a bad reputation among many is that in the past 10 or 15 years the town seems to have transformed itself into a cheesy mess that looks like Tijuana, Mexico or Khaosan Road in Bangkok. It’s true that there are a few roads that are now lined with bars pumping out very loud music while touting their happy hour drink specials, but it’s quite easy to avoid those streets if you aren’t into that scene.

Something that can’t be denied is that it’s still quite cheap compared to nearly any other tropical beach destination. We’ll discuss specifics below, but honestly if you take the cheap hotels and the party district at face value it can be a lot of fun. Spend a few days in Ubud and then head to the northern shore for something authentically Balinese, but there’s a reason many people keep going back to Kuta over and over as well.

Cost of living in Kuta 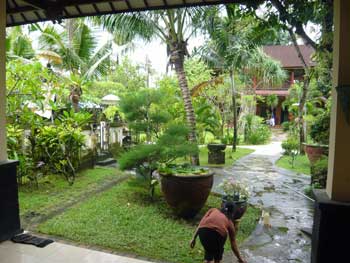 If you are considering living in Bali for a longer period of time you are not going to want to live in Kuta. Prices for housing are a bit higher because you are competing with resorts and all that, but for hotels there are still great values. On my most recent trip I found a very nice hotel and a room with a private deck overlooking a gorgeous garden and pool area, with free wi-fi, for about US$15 per night.

You can find even cheaper guesthouses along Poppies Lane I and Poppies Lane II, with simple rooms starting around US$5 per night, but for most people since you are likely paying many hundreds of dollars to reach the place it makes more sense to pay more for something nicer. You can get a room at one of the posh resorts along the beach for under $100, or a nice room with a fridge and a TV a couple blocks inland for $30 or so.

For the budget-minded it may take a bit of work to find cheap meals and drinks. If you just walk into a crowded nightclub or restaurant along the main street you’ll be paying US$5 and up for a meal and even for a large bottle of beer. But if you head to one of the side streets you can find similar meals and drinks for literally half the price. My cheap and well located hotel sold big bottles of Bintang Beer for 22,000 rupiah, which is a bit over $2. And their nasi goreng (chicken and rice) meals were the same price. There are still fantastic bargains in 2011 if you look around a bit.