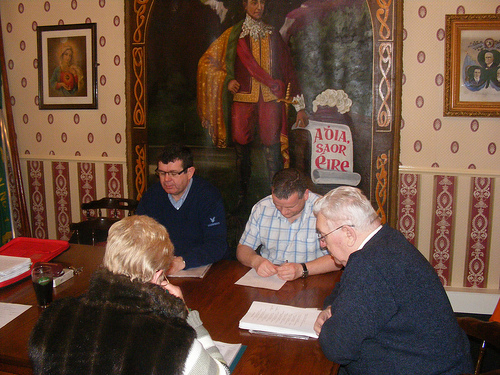 Irish English is often called Hiberno-English. The English language in Ireland dates back to the 12th century, due to the Norman invasions. For a while, English was only spoken by a small minority of people, known as the Pale, who lived around Dublin. English became popular around the 16th and 17th Centuries, when the British began taking over the plantations of Ireland. Since then, it has grown to be the majority language in the Republic of Ireland.

Hiberno-English spoken in Ireland is definitely influenced by Gaelic and Irish culture, so it is not the same as British or American English. One interesting aspect about Hiberno-English is that Irish people do not often use words that translate directly as “yes” or “no.” When people ask each other questions, people will answer with the verb that was asked in the question, with a positive of negative answer.

If someone asks: “Are you coming to the pub,” the answer could be “I am,” or “I am not,” rather than “Yes,” or “No,” However, because of globalization, some of these unique aspects are disappearing, particularly among younger people. 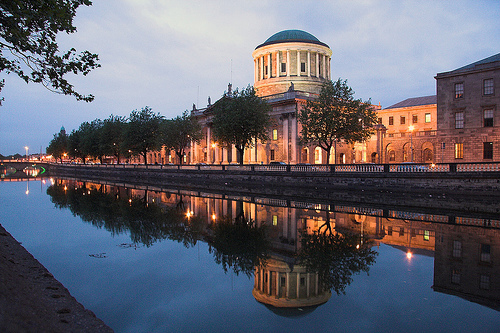 The city of Dublin has many different accents, like big cities like London or New York, which relate to age, class and family. There is “local Dublin,” which is a working-class dialect; “inner Dublin” or “knucker accent,” spoken by the middle class and suburbanites; and “New Dublin,” which is common amongst younger people.

Here is a dictionary of some common Irish slang:

Be wide: Be careful

Fire away: Continue, go ahead

Hole in the wall: ATM

Rabbit on: To talk a lot

Here are some English words derived from the Irish language:

Whiskey: Translates as “water of life”

One thought on “English in Ireland: Irish Accents and Slang”