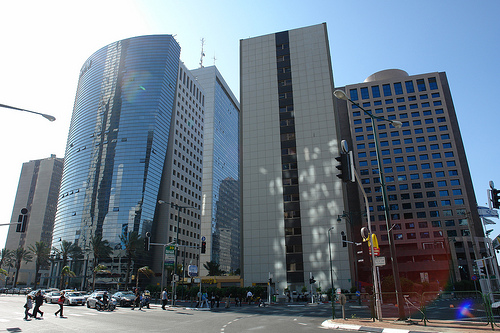 Generally speaking, Israeli business customs tend to be informal, but there are a few things that should be observed.

Meetings should be scheduled in advance, and it should be noted that Israeli weekends take place on Fridays and Saturdays. Sometimes secular Jews will do business on Friday mornings. The business world runs from Sunday through Thursday, usually from 8:00 AM-5:00 PM. Also take note if there is an upcoming Jewish or Muslim holiday, as people will take off work according to their respective religion. Be punctual for meetings, and plan ahead for transportation accommodations, because big cities like Tel Aviv tend to get plagued with traffic.

You should confirm the meeting that is taking place a few days in advance, as Israelis will tend to leave their responsibilities to the last minute and try to take care of many matters at once. At the meeting, you should come with an agenda with clearly-defined timetables and objectives. It is not necessary to have it translated into Hebrew. Expect a few minutes of small talk before actual negotiations start, but try to avoid touchy topics like politics or religion. Better topics of discussion are family, travel and sports.

When communicating, keep in mind that Israelis can be very direct and will tell you exactly what is on their minds. They also will break into argument fairly often. This may appear crude to outsiders, so just be prepared. Do not be offended if you are interrupted, as this is just how people act. If you begin acting aggressive yourself, they will not view it negatively.

In terms of dress, it is generally casual but not sloppy, unless you are meeting with high-ranking government officials or really important executives. If it is an extremely significant meeting, the dress should be formal, but if it is just a usual one, nice street clothes usually go well. Seating arrangements in meetings are also not strictly observed.

As for business cards, there is no formal way to exchange them. The only caution is if the people are very religious, they are not allowed to touch members of the opposite sex. Many Israeli business people speak English, but it is polite to have one side translated into Hebrew. More Israeli business people are starting to use business cards in recent years, but this was not the traditional practice, so do not be offended if you do not receive one. Though you should initially greet people by their formal names, Israelis will move to first names very quickly.