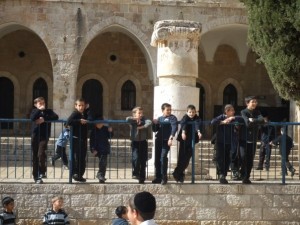 The term Kosher describes food that abides by Jewish law. This food has not been blessed by a rabbi. Nonkosher foods are referred to as “treyf.” Some Jews follow this for religious beliefs, others for traditional lifestyle and others for health reasons. In Israel, most of the available food is Kosher, but not all of the citizens keep a kosher diet. Restaurants that offer meat often do not serve dairy, and vice versa. There are deeper levels of kosher dieting, and its gets more complicated depending on how strict someone is. 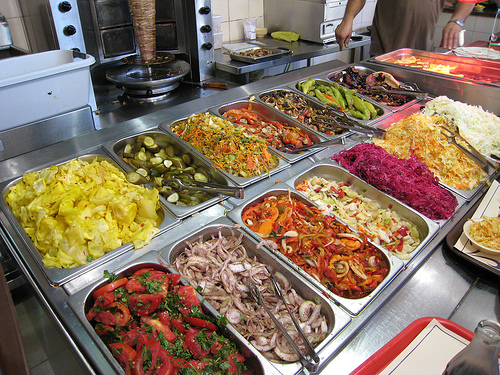 Certain meats are forbidden, in which you cannot eat its flesh, organs, eggs or milk. To eat products of an animal, it must have cloven hooves and chew its own cud. Such animals include cow, goat, sheep, antelope and deer, while camel, hare and pig are against the rules. In terms of birds, the Torah lists chicken, geese, duck and turkey as acceptable. Reptiles cannot be eaten. Shellfish are prohibited in kosher diets, such as lobsters, shrimp and oysters. You can eat seafood that has scales and fins.

Animals must be slaughtered in a kosher fashion. The “shochet” performs this slaughter by a deep, quick slash to the animal’s throat by a sharp blade, which allows the blood to be drained quickly, and there is minimal pain. Blood is not kosher; the blood must be either drained from the animal or broiled out before consumption.

Meat and dairy cannot be eaten together. Fish, eggs, fruit, vegetables or grains are allowed to be eaten with either dairy or meat. If you use utensils to eat meat, you cannot use the same ones to eat dairy. You may also not use utensils that have been used to eat non kosher foods. According to the rules, in order for fruit to be kosher, it must be fully cleaned and examined.

Israeli food consists of much pita bread, hummus, figs and an excess of Israeli salad, which is chopped-up cucumbers and tomatoes with seasoning. Eating in restaurants is expensive and only common among the rich and tourists. However, Israeli fast food that is common is falafel, fried chick pea balls, or schawarma, which is a seasoned meat (generally lamb or chicken), in a pita, often stuffed with cucumbers, tomatoes and sesame sauce. Chicken is the most widely consumed meat, and beef is eaten rarely, often on special occasions. Because Israel is a conglomerate of people from many international countries, there are many infusions, such as Russian borscht. 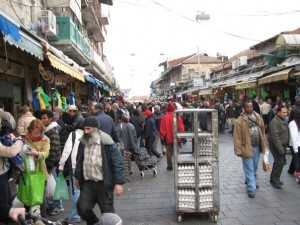 Though Israel is the only official Jewish country, there are more Jews in the United States (almost 6 million). There are also sizable populations in France, Russia, the Ukraine and Canada.