Home » Jamaica » Learning the Social and Business Customs of Jamaica 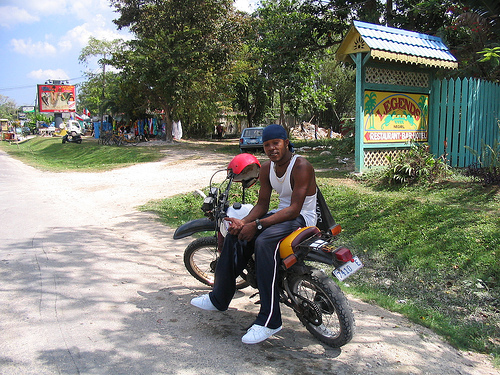 Jamaicans consider their family as a close-knit unit of aunts, uncles, cousins and grandparents. Families are close and support each other, financially and emotionally, as it is considered the most important group that one belongs to. Jamaicans often distrust authority. They put a lot of emphasis in trust, especially with their family and close friends, who are considered part of the family network.

Jamaicans are generally very religious, and will refer to the Bible in regular conversation. The country has the highest concentration of churches per capita. The largest sects of Christianity in Jamaica are Anglicans, Baptists, Methodists and Pentecoastals. Christmas is an important holiday, and people go to church and have candlelight ceremonies, concerts and Christmas carols that go on all night long. There are also Rastafarians, who don’t have a specific clergy or church. They believe that they were one of the lost tribes of Israel, and had been sold into slavery and taken to exile in Jamaica. They believe they must return to Zion, which is not Israel, but Ethiopia.

The most usual form of greeting one another in Jamaica is a handshake with eye contact and a smile. People often greet each other according to time of day: “good morning,” “good afternoon,” or “good evening.” You should address people as Mr or Mrs, and wait to be told to address them by first name.

Jamaicans have pretty informal table manners. However, don’t sit until you are invited to do so. While eating, the fork is held in the left hand and the knife in the right. Food is usually served buffet style. Do not place your hands in your lap while eating.

In business, Jamaicans prefer to interact with people they know and therefore trust. Don’t act very familiar with people you have just met. Jamaicans will stand very close when talking to people. Status is highly respected. At meetings, the person who has highest status will dictate decisions. Jamaicans are often very direct, and will tell you what they think politely if they disagree with what you say. Meetings should be arranged two weeks in advance, and confirmed a few days before. You should arrive on time. When you first get there, expect to do some small talk so everyone can get comfortable. Wait until someone else begins talking about business. Jamaicans are direct, and often expect others to be, so they appreciate it if you do not use too many details while speaking.

One thought on “Learning the Social and Business Customs of Jamaica”