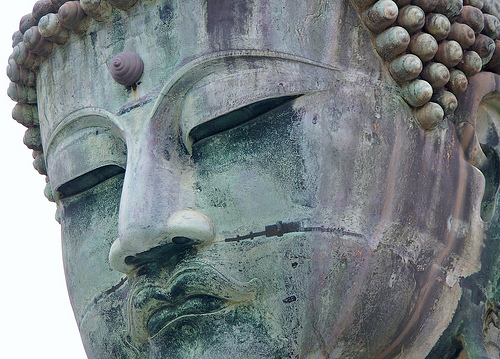 Today is Bodhi Day, the 8th of December. This holiday commemorates the day that the Buddha, Siddhartha Guatauma, experienced enlightenment, or “Bodhi.” According to legend, Siddhartha had sat under a Pipul tree and meditated to relieve suffering. He eventually was able to overcome suffering by finding the root of it, and then liberating himself. He was able to ignore all distractions of greed, anger, restlessness and any other desire. Siddhartha thus became the Buddha, or the enlightened one.

The process of this meditation is debated. Some claim that Siddhartha made a great vow to nirvana and to the Earth in order to to find roots of his suffering. Others claim that he was able to discover himself by meditating deeper and deeper into his own roots, peeling away at layers until he found some peace.

This day is not celebrated as much as the birthday of the Buddha, Wesak Day. But in many Zen and Shin Buddhist schools, this holiday is observed. This holiday is the most acknowledged in Japan. The celebrations and commemorations are different according to the different sects, but all acknowledge the achievement of nirvana by the Buddha. Many Buddhists will meditate on this day, chant Buddhist texts or studying the Dharma.