In Japan, the majority of the rivers are known to be very steep but short. This is because the country’s terrain is largely mountainous. The Japanese rivers tend to rise in the forests of the mountains, flow through V-shaped valleys and then turn into alluvial plains downstream. The lower reaches of these rivers are used to cultivate rice, and most rivers are damned to generate hydroelectric power. 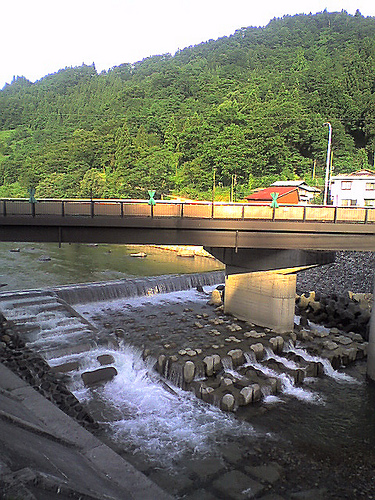 The Shinano River is the longest river in Japan, flowing from the Nagano Prefecture to the Niigata Prefecture. The Shinano is 367 kilometers (228 miles) in length. It originates on Mount Kobushi from the Japanese Alps of Honshu Island, and flows northwest, joining the Sai River. It eventually terminates at the Sea of Japan. This river sometimes floods, which causes ample destruction. 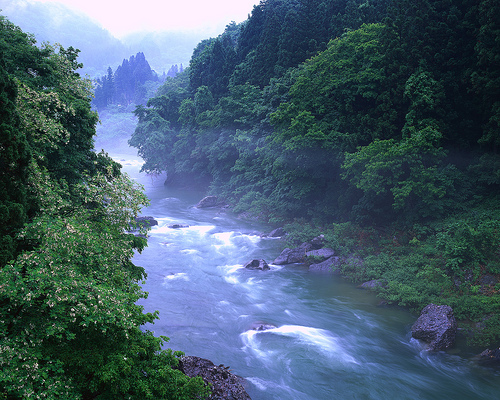 The Tone River is the second longest Japanese river, with a length of about 322 kilometers (200 miles). It is located in the Kanto region, and it starts out at Mount Ominakami. From there, it picks up water from tributaries, and eventually drains into the Pacific Ocean at Choshi City.

In the past, it used to be a very uncontrollable river, but people put many consturction efforts into containing its course during the 17th century. It used to flow into the Tokyo Bay, but today the watershed is very artificial. Its flow has also been dammed, and this supplies drinking water to over 30 million people who live in Tokyo. 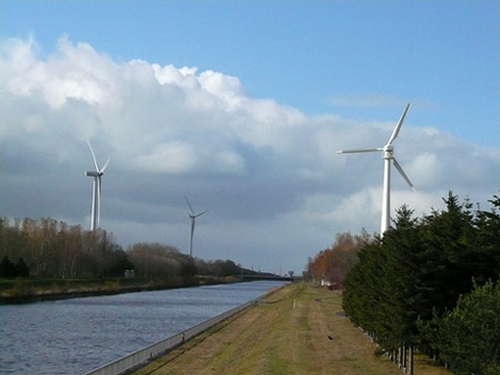 The Ishikari River is located in Hokkaido, and is 268 kilometers (167 miles) in length. It orginates in Mount Ishikari of the Kitami Mountains, and flows through Asahikawa and Sapporo. It eventually terminates in the Sea of Japan. 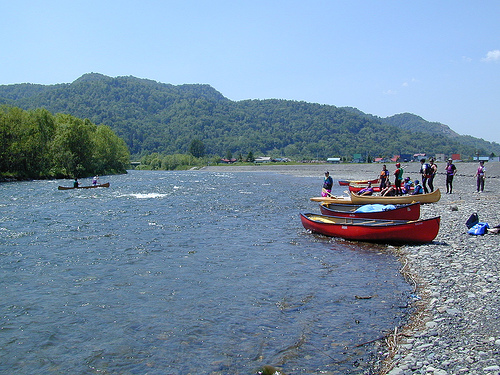 The Teshio River is also located in Hokkaido, and is 256 kilometers (159 miles) long. It originates in Mount Teshio, and then terminates at the Sea of Japan. 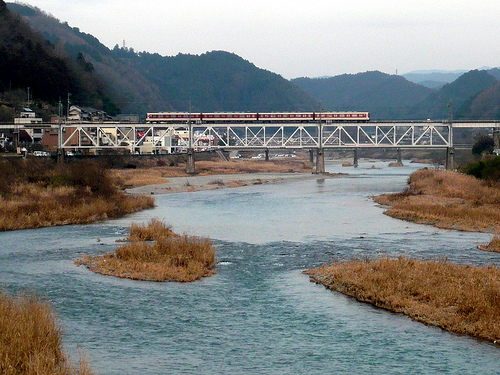 The Yoshino River is located on the island of Shikoku, and is about 194 kilometers (120 miles) long. Its watershed spreads to all four prefectures throughout the island. This river originates at Mount Kamegamori and then flows eastward. It reaches Otoyo, where it turns north and goes through the Shikoku Mountains. There is a gorge in this area which is a huge tourist attraction. From the mountains, it goes eastward, and then terminates at the sea north of Tokushima City.