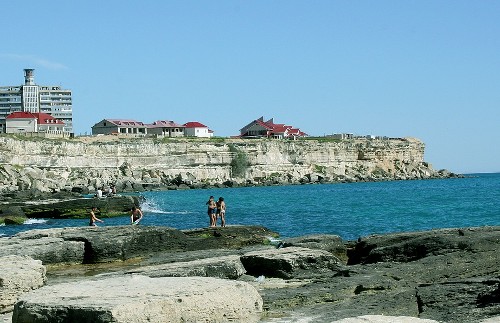 Aktau is an exciting, young city, and it is Kazakhstan’s only major sea port on the Caspian Sea. If you want to play a part in this city’s growth of character and charm, the time to move to Aktau is now.

Kazakhstan may not be the first place most aspiring expats look to when considering their next home, but that’s exactly part of what makes this forgotten country so alluring. Positioned at the crossroads between Europe, Asia and the Middle East, Kazakhstan has that diverse, multicultural heritage which most expats are so enthralled with.

In land area, Kazakhstan is actually the ninth largest country in the world. There’s a lot to see here, but Aktau will make the ideal home base. It is easy to travel through, with an international airport, a railway station, and a developed seaport. Buses and taxis are also the principal means of public transport within the city, making getting around easy.

The climate is continental, with dry summers and mild winters. Best yet, there’s a thriving beach season from from May to September, with an average sea temperature of 21°C. There are also several modern resorts on the coast to the south of the city. Bet you didn’t expect a beach season when you first thought of Kazakhstan, did you?

As said, Aktau is a relatively young city, with the architecture being a mix of modern glass business centers and residences and typical Soviet blocks of apartments. But since the city is continuing to develop, its character and charm are in evolution and something you can witness in real time.

In fact, there are hints that Aktau could become like a newborn baby Dubai. Plans are underway to build a totally new city to the north-west of the current city with 4 millions sq. meters of residential and business buildings. The architecture style will be derived from UAE‘s construction experience under the patronage of Sheikh Abdullah ibn Zaid Al Nahayan.

The current city has plenty of sights to see too. While the main attraction remains the Caspian sea with its long side walks and beaches, Aktau also boasts a WWII Eternal Flame Memorial, Regional Studies & History Museum, a Drama Theatre and Yntymak Square.

Don’t wait until the city’s growth has peaked to move in. Kazakhstan (yes, Kazakhstan) could be your new home!