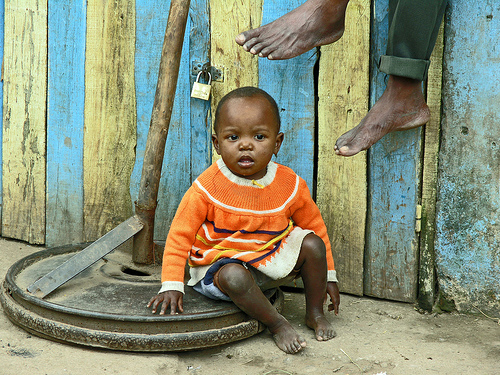 Malagasy is the main language of Madagascar, and is spoken by almost all of the resident population. It is related to the Malayan language from the Barito Valley in Borneo, as well as several other Indonesian languages. There are different versions and accents of Malagasy throughout Madagascar, but they have many of the same words, and most people can understand one another. It is surprising that Madagascar has such a consistency in one native language, as many communities have been isolated from each other.

The Malagasy language also has a wide range of roots outside of Malayan. For instance, the names of days and weeks are influenced by Arabic; the names of animals sound like Swahili words. English and French words have also made their way into the Malagasy dialect.

Malagasy was not a written language until recently; this was done by Welsch missionaries in the 1820s. It is written in the Latin alphabet, with 21 letters, excluding C, Q, U, W and X. The consanants take after English pronunciation, while the vowels take after French pronunciation. Even so, written Malagasy is very different from its spoken form. For instance, the capital city is called “Antananarivo,” but pronounced as “Tananarive,” and usually just called “Tana.” Many names and other words will very lightly pronounce the last few letters, or not pronounce them at all.

French was one of the most prominent languages of Madagascar in the colonial period. Though French has been denounced through a nationalist and cultural pride revival, it is still a very dominant language in the country. French is spoken mostly among the educated population of Madagascar. Many of the old government documents and publications are in French.

English has recently been named the third official language in Madagascar, though it is not as widely spoken as Malagasy or French. Though it is rare to find fluent English speakers, the language is increasing in popularity. In 2003, the government began English-teaching programs in 44 schools in Madagascar, and many Peace Corps employees are teaching English there (this could be an opportunity for prospective expatriates). Many are seeking to improve communications with some of the neighboring countries that speak English, as well as open up some international business opportunities.