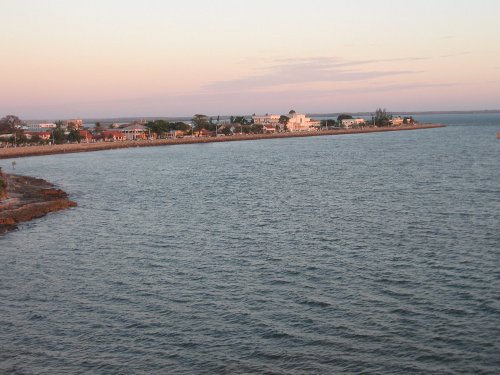 Due to its beautiful beaches and coconut-lined boardwalk, Mahajanga is a popular destination in Madagascar for both international travelers and Malagasy tourists. For the expat, it has a good combination of remoteness and accessibility.

The city is the second most important seaport in the country, though due in part to a shallow harbor, it isn’t congested with ships. Mahajanga also sits right at the mouth of Madagascar’s largest river, the Betsiboka; traveling inland by river is a great way to see the country. And there’s an international airport with regional flights to the Comoros and Mayotte, if you’re looking to escape to some of the Indian Ocean’s many tropical islands.

Madagascar is the forth largest island in the world, and due to the fact that it has been isolated for over 70 million years, one of its most striking attractions is the unique wildlife which can be found here but no where else in the world. For example, all of the world’s lemurs are endemic to Madagascar. There are over 280 species of bird here, and 100 of them are also unique to the island.

The city of Mahajanga is mostly muslim, so if you’re interested in moving here make sure to be familiar with that culture.

Mahajanga has a manageable population of around 135,000, though naturally density varies depending on whether it is tourist season. That can be most of the year, however, since for 8 months the city enjoys consistently hot, rain-free days. You’ll never complain about the weather here.

All in all, this is the kind of place that will titillate the more adventurous of expats– especially those which are more educated and interested in the country’s impressive and unique biodiversity.