Alcohol is a big factor in Mexican society. Many gather to drink in cantinas, which are Mexico’s version of pubs. Some more upscale cantinas may even feature a piano player who plays well-known Mexican drinking songs that people love to sing along. Many Mariachi songs also relate to drinking stories. The must common way to say “Cheers!” is “¡Salud!”, which means health.

Drinking in the streets is acceptable in certain areas of Mexico, like Jalisco and Nayarit. If you are leaving a club at closing time, bouncers will hand you a plastic cup to pour out your drink into, so you can finish consuming it outside. However, it is not legally acceptable in some areas, like Oaxaca and the Mexico City Federal District. There is one plaza in Mexico City called Garibaldi, where people are allowed to drink. It is traditionally a place where people go when they are dumped by a lover, so they can drink and not think about it, and listen to the Mariachi bands instead. However, it is more of a tourist place now with people trying to hassle you to go to some designated bars. 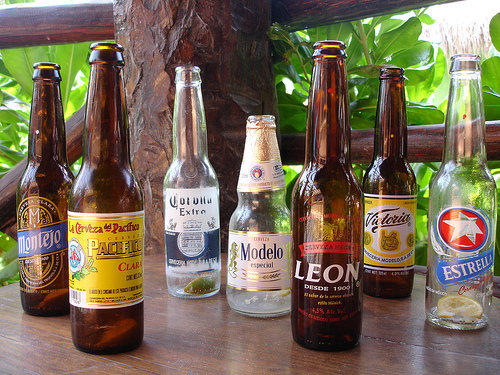 Beer, or cerveza, is very popular throughout Mexico. Contrary to its popularity in the United States, most Mexicans do not like Corona very much, and consider it one of the lower beers. Tecate, Leon, Pacifico, Victoria and Modelo are very popular brands. Most Mexican beer is on the lighter side, as it is a warm weathered country, but those who enjoy dark beer have Negro Modelo.

Mexicans make mix drinks out of beer, called “Cerveza Preparada,” or prepared beer. One popular mix is the clamato, which puts tomato juice into beer. It is kind of like a beer Bloody Mary. Another is the Michelada, which has beer, hot sauce and lemon in it. These drinks are served with ice, and sometimes with garnish like lime or orange slice.

Beers come in several sizes, and in bottles or cans. In order to drink beer out of the larger bottles, it is necessary that you bring a used one back for the deposit credit. The clerk will usually give you a written receipt along with the bottle. 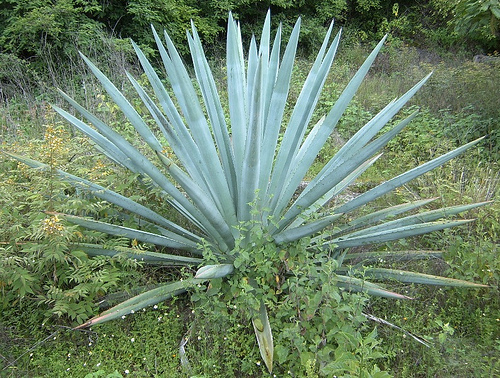 Tequila originates in the town of Tequila, Jalisco, which is located 60 kilometers from Guadalajara. In order for tequila to rightfully be called tequila, it needs to come out of this town.

Tequila comes from the agave plant, which is a popular plant and symbol you will see all throughout Mexico. Only a couple species of agave can actually be turned into liquor. The plants take approximately eight to ten years to reach full maturity and be ready for the process.

The finished product is the national alcohol of Mexico, and is used for special occasions.

Mezcal is like tequila, coming from agave. It is less distilled than tequila, and has a higher content of alcohol. However, it tastes somewhat smooth, yet smokey and spicy (definitely best followed by a lime). Mezcal was actually the original version of the agave liquid. It was only when the Spanish came that this liquor started being more distilled into the tequila product.

The southern state of Oaxaca is the best place to drink Mezcal. They have regional pride in rightgeous mezcal, and contempt for cheap, diluted versions.