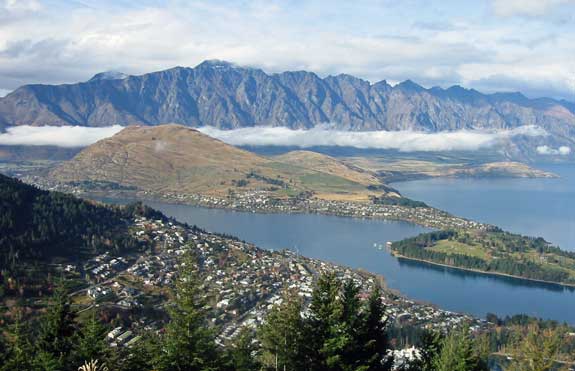 It’s hard to find people who’ve visited New Zealand and haven’t at least briefly considered moving there, and a recent survey shows that those who do tend to be quite happy about the decision. New Zealand actually ranked #1 in several key categories of global expats, but one that stands out as very imporant is the “work/life balance.”

The HSBC Expat Explorer Survey gives New Zealand the top spot with 79% of respondents saying their work/life balance has improved since relocating to the islands. They don’t seem to have a full Top 10 anywhere, but they do show that Thailand has 62% and Canada has 60% in that category, both sited as also high.

Why does New Zealand rank so high?

One reason I am particularly interested in this result is that New Zealand is on a short list of countries I’ve considered moving to myself. It’s one of the few (or perhaps the only) English speaking countries that appears to encourage inbound residents as opposed to putting up major hurdles like the others.

Something certain about New Zealand is that it isn’t currently booming with high-paying jobs. In fact, I keep hearing that there continues to be something of a brain-drain to Australia, as the brightest and most ambitious young people are lured by larger salaries and greater long-term opportunity there.

The one thing New Zealand absolutely does have going for it is that it feels extremely pleasant to nearly everyone who visits. Except for perhaps a few neighborhoods in Auckland, New Zealand isn’t overly crowded, and it’s naturally beautiful and filled with contrasts.

The climate is also very mild and usually sunny through most of the country, and that has a great appeal to those from places like the UK and northern Europe where warm and sunny days are rare. In many ways the country is very similar to California, except the population is only about 10% as large, which makes a big difference in your day to day life.

While it’s true that the majority of global expats are doing it almost exclusively for better economic opportunities (Indians moving to Dubai, Mexicans moving to the US etc), there are other large groups who are mainly looking for a better lifestyle. New Zealand is a magnet for those types since it offers a wide range of cultural and recreational options in a country where the vast majority of newcomers already speak the language.

It will be interesting to see if New Zealand can begin to draw more entrepreneurs and independent workers, or at least stop the ones they have from moving to Australia. If cities like Wellington or (a rebuilt) Christchurch could become new technology hubs then they’d probably be able to draw in far more people who’d like to come for everything else but hesitate based on stagnant income opportunities.

Of course, the other side to that situation is that if parts of New Zealand did become “boom towns” to attract more people seeking at least some growth in their own wealth, then it might also become less desirable for those who currently rate it very high for that work/life balance? Maybe New Zealand is ideal just as it is, and cities like Berlin, Buenos Aires, and Hong Kong are better homes for those looking to get rich one day?