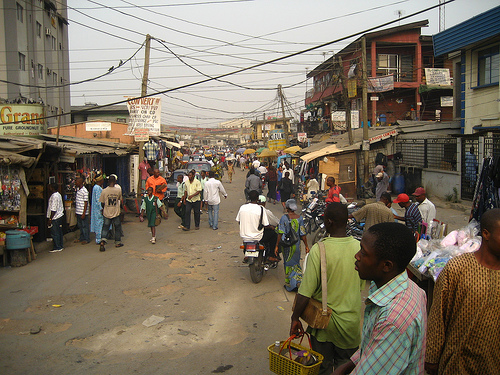 Nigeria is an extremely diverse nation, accounting for over 250 ethnic groups, none of which are a majority. Some of these present ethnicities include Hausa and Fulani, Yoruba and Ibo. There are also currently 510 spoken languages. English is the official language of Nigeria, but there are also many other prominent African languages. English is primarily used for education and business, and is only the first language for urban elites. Most people in Nigeria communicate through their respective ethnic languages.

In terms of religion, about 50% of Nigerians are Muslim, and 40% are Christian, and the remainder follow indigenous religions. Muslims mainly live in the north of Nigeria, and Christians in the South. This causes differences in days and time off, because these religions have different holidays and Sabbaths.

Nigerians are known to take pride in their country, as it is considered a superpower of Africa. It is the most populated country in the continent, and has many natural resources and much political influence.

Nigerian families tend to be large and extended. People are often close with their grandparents, cousins, aunts and uncles throughout their whole lives. Families abide by a hierarchy where they respect age. People also work to preserve the reputation of their families, as the individuals’ actions are reflected on the group. This type of tradition is more common in rural areas.

Outside of the family structure, a hierarchy exists in all of society where elders are supposed to be respected. Older people possess more wisdom than younger people, and are usually responsible for decision making on behalf of the group.

In terms of greetings, the typical gesture is to give a handshake and smile. Some Nigerian men will place their hands on the recipient’s shoulder while shaking hands. Rushing through the greeting process is considered rude, and it is expected to ask questions about peoples’ families and lives. Usually women are supposed to extend their hands first to while shaking hands. Very religious Muslims cannot touch members of the opposite sex.

If you are invited to dinner at a Nigerian home, it is nice to bring fruit, chocolates, nuts or candies. You should not present the gift with your left hand; the right hands or both hands can be used. If a man is giving a gift to a woman, he has to say it is coming from his mother, wife or sister, never from himself. During Ramadan, Muslims will usually give fruit and other foods as gifts.

3 thoughts on “Learning the Social Customs of Nigeria”