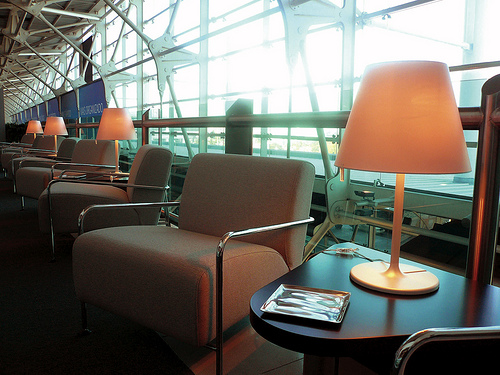 Portuguese business people like doing business with those they know well and trust, rather than with people they just met. Before anything gets serious between potential business partners, there will be an important phase of acquaintance so that they will become comfortable with new people. Business people take matters on a personal level, and relationships are built through people, rather than through companies or representatives. It generally takes quite a while to develop this relationship, as well as a deal of face-to-face interaction, rather than electronic.

There is not a strict adherence to time or schedules in Portugal, so be patient. Treat Portuguese business colleagues with high regard and respect, and do not embarrass them. Public criticism is not treated well in Portugal.

Communication in Portugal also follows some customs. The Portuguese do not generally use hand gestures when they are speaking, so try not to speak so much with your own hands, as that may be seen as using too much expression. They will not voluntarily give out too much information unless asked, and are honest and reserved speakers.

The Portuguese business world also follows a hierarchy, and outsiders are expected to adhere to it. Those of age and position are respected, so it is expected for other people to defer to such them.

As for meetings, they should be scheduled a week or two in advance. The initial communications should be written in Portuguese. A few days before the meeting starts, call in advance to reconfirm it will take palce. Avoid scheduling meetings during August, or between Christmas and New Years, as most people take off work. Arrive on time to meetings, but realize that your colleagues might show up to five minutes late. Punctuality is treated more seriously in the north of Portugal than in the South.

As the meeting starts, expect a long period of small talk and getting to know one another. Do not rush colleagues to start to talk about business, and wait until they bring up the subject. If there are agendas for meetings, they are meant to outline topics, not to be a schedule that must be followed. If there are printed materials, have them translated into Portugeuse. When negotiating, do not try and pressure people, as this may turn them off or offend them. The highest-ranking official in the company is always the one that makes decisions; take note that decisions are not made during meeting sessions, so once again, be patient.