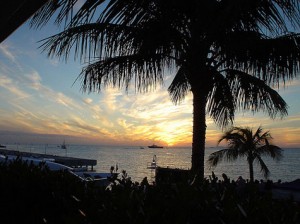 With airfares fluctuating from one day to the next this whole game of trying to find cheap flights can feel overwhelming. Well, if you aren’t the sort of person who like to try to get split-second accuracy as to when you buy your ticket, you’ll be happy to know that flights to Orlando are almost always on sale, usually at far cheaper prices than you might expect.

It’s hard to know exactly why, but my guess is that Orlando is similar to Las Vegas in that it’s an incredibly popular destination for US residents so every airline flies there from every corner of the country. When there are 3 or 4 airlines doing a route with daily flights, they have to compete on price in order to fill up their planes.

Right now you can fly round-trip to Orlando for only $290 or from Oakland for only $280. From Portland it’s $390 and from Seattle it’s only $410, which are both far lower than typical prices to anywhere else on the east coast. From Chicago it’s $230, from Dallas it’s $220 and from New York City it’s only $240. These are all round-trip prices including all taxes and fees, and these are just the prices I’ve found today. Sometimes it’s a bit lower or maybe a bit higher from any of these cities to central Florida, but it’s always a good deal.

Most people automatically think about Disney World or the other couple of dozen theme parks when they think of Orlando, but there’s a lot more going on than that, although there’s nothing wrong with a theme park now and again anyway.

Another thing that many people aren’t aware of is that Florida usually has very cheap car rentals, at least compared to most of the rest of the United States. You can often rent a car for around $99 per week, or maybe a bit more these days now that fewer rental cars are being produced. Still, you can take advantage of a cheap flight to Orlando and then rent a compact car for a very low price and then drive just about anywhere you want, for less than you’d pay to fly into that place by itself, and way less than flying there and then renting a car once you arrived.

For example, you can fly into Orlando and rent a car and within a couple hours you are in the greater Miami and Fort Lauderdale area. Or you could go to the Gulf coast to visit Tampa or Fort Meyers. If that’s not exciting enough for you then you can drive through the Everglades National Park and then head down the Highway 1 until you get to Key West. The cost of flying into Key West itself is much higher than flying into Orlando, so this way you’ve saved money and gotten a little tour of Florida for free as well.