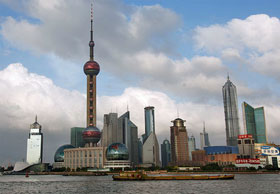 By now you know this column is all about finding the best airfare bargains possible, and usually we stick to the most popular cities because those are the first that come to mind for most people, obviously. But today we are going to look at some unusual bargains that are now out there to far-flung locations that you might not otherwise think about.

The common perception is that the longer the flight, or combination of flights, the more expensive things get. While this is true for the most part there are some notable exceptions that can lead to some very affordable vacations to exotic places.

First off, where you start is critical

Some people complain that I concentrate too much on flight deals out of New York and Los Angeles, and that’s a fair criticism, but there’s also a good reason for that. As we’ve discussed in the past, the best airfare bargains are invariably out of the biggest airports that have the most international flights.

So if you live in, say, Miami, you are often better off getting a cheap flight to New York and then starting there for your bargain fare. Or if you are in Phoenix then you’ll want to get a cheap ticket to Los Angeles to begin. Those in the middle of the country will usually have to pay a bit more to get to these coastal hubs, and the flight including all legs might be cheaper. Anyway, let’s look at some great deals.

From New York City you can get a round-trip ticket to the Barbados for $380 or to Panama City, Panama for $350.

Flights to Honolulu are starting at $700 round-trip, which is a pretty good deal considering the distance, but for only a bit more you can go twice as far into Asia.

Incredibly, you can fly from New York to Sri Lanka for $830 round-trip, and that’s almost exactly halfway around the world, and very cheap once you arrive.

From Los Angeles you can fly for $350 round-trip to San Jose, Costa Rica, which is quite a good deal considering the distance.

The best deal to Western Europe is $760 round-trip to Zurich, although that city is incredibly expensive once you arrive. Surprisingly, you can fly round-trip from Los Angeles to Moscow for only $660, but make sure you get your visa in advance for that one.