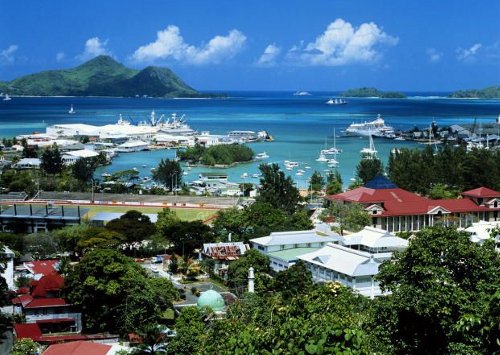 Victoria is the beautiful capital city of the archipelago nation of the Republic of Seychelles, located off the coast of Africa in the Indian Ocean. Although 90% of the country’s population lives here, it still pulls in well under 100,000 residents. And the beaches here are can’t-miss.

Attractions in the city include a clocktower modeled on that of Vauxhall Clock Tower in London, England, the Courthouse, the Victoria Botanical Gardens, the Victoria National Museum of History, the Victoria Natural History Museum and the Sir Selwyn Selwyn-Clarke Market.

All in all, environmental protections are very strict in Seychelles, and that means there’s a lot of untouched natural beauty. Seychelles hosts some of the largest seabird colonies in the world, and the marine life around the islands, especially the more remote coral islands, can be spectacular. More than 1,000 species of fish have been recorded.

Culturally, the local society is matriarchial, so mothers tend to dominate the household. The music of Seychelles is diverse, and a complex form of percussion music called contombley is popular, as is Moutya, a fusion of native folk rhythms with Kenyan benga developed by Ton Pa.

Enticed yet? The islands had no native indigenous population, so you might say that all of its occupants are expats in some respect. Could you be the next?