Stockholm, Sweden, has a very developed and efficient public transportation system. People who use this system have the option of buying a Stockholm Card, where they get unlimited rides and can transfer between the different modes. Otherwise, this system uses a coupon system, in which Stockholm is divided into zones, and the farther the passengers travel, the more coupons they need to purchase. Transit tickets can be bought at SL Public Transportation Centers, newsstands or Metro platforms. 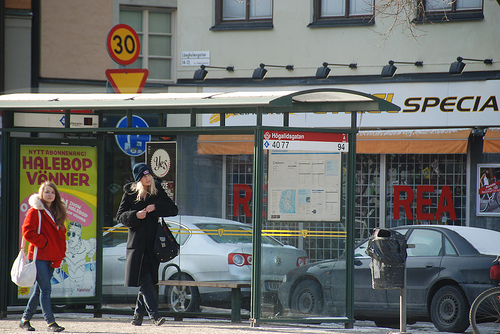 There are many different lines within Stockholm’s bus system. The regular bus lines are painted red, but there are also some inner city blue buses and suburban blue buses. There are also service bus lines that work as transportation for elderly and handicapped people in some residential parts of the city. A lot of the roads in Stockholm have special lanes where only buses are allowed to drive. Passengers cannot buy tickets on board the buses, but most stops have ticket machines. 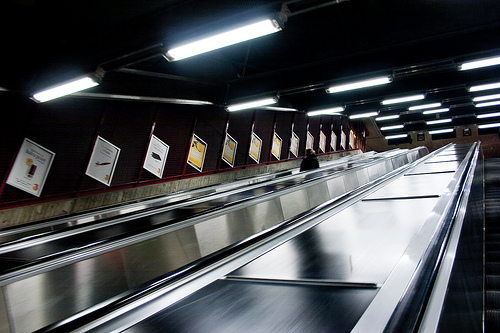 The Metro is the fastest way to navigate Stockholm. It is also known as the Tunnelbana or T-bana. This system has 100 stations; about half are above ground, and half are below. There are 7 metro lines, numbered 10-19, and these are divided into red, green and blue codes. Thanks to Swedish artists, a good deal of the stations are very beautiful and enjoyable to be in; this underground network been called the “longest art gallery in the world.”

These trains run from 5:00 AM-1:00 AM, but there are extended hours during the weekends. The wait for a train can be between 2-30 minutes, depending on the time of day.

Click here to view a map of the metro system.

This city has three regular light rail lines that cater to specific neighborhoods or suburbs in Stockholm. None of these lines are very long, but they all link up to the Metro.

There is one heritage line in Stockholm, called the Djurgarden Line, that rides between Norrmalmstorg and Waldemarsudde. Its course is about kilometers, and there are 10 stops; it is numbered as the 7.

As Stockholm was built on a series of islands, there are a few ferry lines. One commonly used boat in Stockholm is the Djurgården ferry, which goes between Djurgården and Slussen. It functions most of the year, and departs every 15-30 minutes, depending on time and day of the week. Stockholm Cards are not valid on this system.