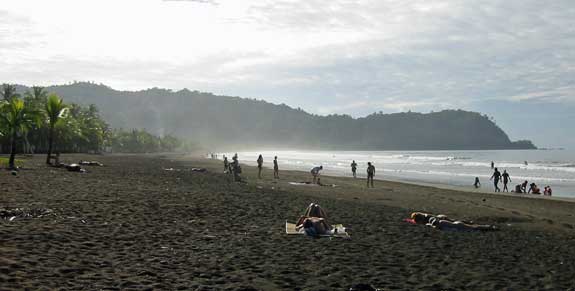 In the world of being an expat, short-term happiness and long-term happiness often seem to be quite different things. Unless you were an unwilling corporate expat, hopefully you were pretty happy about being in an exciting new country when you first arrived. However, keeping that excitement up is pretty much impossible and it’s common for expats to struggle with differences and inconveniences once the novelty has worn off.

It’s with this in mind that I read an interesting list laying out the “Costa Rica Expat Happiness in Five Stages.” Honestly, the title is misleading because middle three stages are directly borrowed from the 5 stages of grief, but the writer acknowledges that and correctly points out that those middle stages are usually the tricky ones.

We all know that quite a few people move to a country and then move back sooner than they originally planned. Those middle 3 stages are often responsible, and I think they apply to most popular expat countries around the world, at least those in the Tropics.

I’ve lived in quite a few countries other than my native USA, but only once have I stayed for more than a year, and that was in Turkey. Still, this list of stages looks awfully family not only to me but to the other people I knew who were relatively new expats.

The idea that you can live in a sunny and beautiful area for far less than your gloomy and expensive life back home sounds infinitely appealing. The problems come pretty quickly after you arrive though. On popular expat message boards in Thailand you always see people complaining about how things (or people) work locally as they are stuck in the disillusionment or frustration stages. The reply from the old timers was always the same: “That’s Thailand for you.”

In other words, it seems that nearly any popular expat destination is going to send you through stages like this. It’s great until you have to deal with locals or the bureaucracy, and then suddenly you can’t believe how it works and that everyone else puts up with it.

I hadn’t thought about that part she includes in the Anger stage about having an overriding desire to make things different, but I think it is indeed common. I know about a dozen British expats living in Turkey who spend much of their time trying to change the way the locals deal with their cats and dogs, and they seem to be making zero progress in the big picture.

Eventually, expats have to just accept their new home if they want to be happy there in the long run. Sure, a group might spay and neuter a few dozen pets here and there, but if there really is any change in the big picture it has to come from the locals themselves, and that is always going to be incredibly slow.