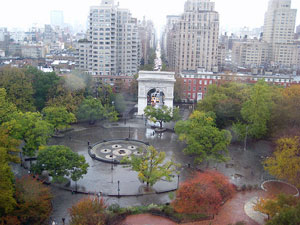 As a lover of electronics and other gadgets, I’m always on the lookout for bargains. And as someone who has visited over 70 countries, I’ve actually spent quite a bit of time checking to see if things are cheaper in one place and another.

It started when I looked for MP3 players in Hong Kong, Tokyo, and Singapore in 1998, only to find they were still only available in the United States in spite of the fact that the few on the market were all built in Asia. Since then I’ve check prices on things from TVs to iPads to computers every time I’m in a new country, and the somewhat surprising conclusion is that things are generally cheapest in the United States.

Specifically, name brands are cheapest in the United States

If you want to buy the cheapest possible example of something then you’ll probably find it in China, but often this cheap stuff is even junkier than you’d expect for the low price. In other words, you might find an obscure Android smart phone in a market in China for US$40, but chances are it will break soon if it ever worked properly at all. The point is, that most people want high quality name-brand electronics, and those are almost always cheapest in the United States.

Once again a recent survey found that out of 37 countries that sell them, iPads are cheapest in the United States. Since they are all famously assembled in China, it’s a bit surprising that they aren’t cheaper in that country, but they aren’t.

In fact, the iPad prices in China are around 20% higher than in the United States (at least in states that don’t have sales tax in the US). You’d assume that when a company saves the cost of shipping a product halfway around the world that the local consumer would benefit, but it just doesn’t work out that way.

The same is true for most name brand products

It’s true that Japan actually has lower prices for some cameras and a few other categories, but by and large the prices are higher than in the US. Even if you go to those famous electronics malls found in most major Asian cities, you’ll find that products from Sony, Samsung, LG, and most others will cost more than in the United States.

The US has low import tariffs and the sales tax rates are among the lowest in the world. For example, in Europe countries have a valued added tax instead of a sales tax, and it’s 20% or higher in almost every country. Companies also have to pay more taxes for each worker, and those costs are all paid by the consumer.

Whether consumer products are too cheap in the United States is another topic that could be worth exploring elsewhere. But for now, if you want a new piece of electronics gear, you should join global tourists and buy it while you are visiting the United States.

Big companies don’t want arbitrage in their most important market

The most plausible explanation of why things are cheapest in the United States for name brands is that it also happens to be the largest market for most companies and they don’t want to encourage gray market imports. In other words, if a iPad was US$499 in the US and US$429 in China, then people would be buying them like crazy in China to ship to the US and sell them there. This would be damaging to their reputations and to the US retailers, so they don’t do it.

Meanwhile, the opposite is actually true, and it’s common that people visiting the US from Asia and Europe will buy electronics to bring with them. Sometimes it’s for themselves or a friend, but in many cases they can actually sell them on the gray market at home for profit.