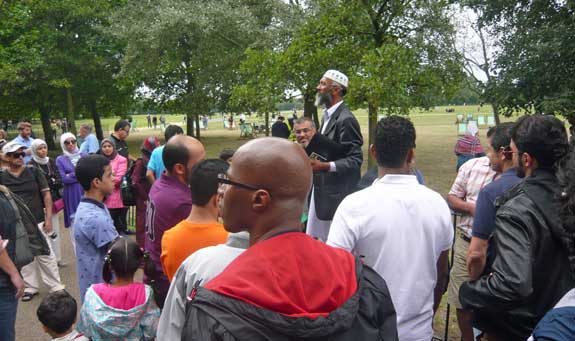 There’s a strange phenomenon that seems to have been going on for decades in the expat world. A huge majority of those moving to a new country end up living in the most expensive city in that country. Think about London, which is famously one of the most expensive cities on earth. You can walk around many of its neighborhoods for an hour a barely find people who were actually born in England.

This isn’t to say there is anything wrong with it, just that it’s a curious situation. I recently spent a couple months traveling around Britain and only my final weekend was spent in London. During those two days I saw far more expats than I had seen in the previous months in other cities big and small.

The draw of high paying jobs is a strong one

There are certainly some expats who move to London (or New York City or Paris or Los Angeles) who don’t speak the local language, but the majority of them do speak at least some English (or French). In other words, they could move to any city and potentially get a job, and their quality of life might actually be better. Sure, jobs in those large expensive cities do tend to pay more, but the housing costs more than make up for the extra income.

One factor, I think, is that the biggest cities also offer the most upside potential. In other words, no matter which country you are from, the richest expats from your country live in and often own businesses in London. If you move to, say, York, there just isn’t the same potential. Many of us are willing to live in worse conditions in the hopes of eventually making it big.

That expat support system is worth a lot

Perhaps the most obvious factor in why new expats all seem to move to the biggest and most expensive cities is that having an expat community there already makes everything easier. If you travel around the borough of Queens in New York City you feel like you are changing countries every few blocks. There is a cluster of Moroccan stores and then a cluster of Greek stores and then a cluster of Egyptian stores. If you moved to a smaller town you might be the only person from your country living there.

Younger people are willing to put up with more discomfort

This relates back to the part about higher paying jobs in big cities, but in a different way. One thing that seems to be a big factor is that young people, regardless of where they were born, are willing to put up with almost anything in order to live in “the big city.” They move into tiny apartments in dangerous neighborhoods where they have to share a bedroom with a friend because being in the big city is worth it all.

Then they establish themselves and slowly move up the comfort ladder, perhaps eventually able to even buy a home out in the suburbs. The cycle then continues and almost no one from a small country ends up moving to a small town in another country, so they just keep stacking up.

One reason I’m thinking about this now is that a friend of mine from Romania is thinking about moving with her husband to England for their first experience outside their home country. In many ways, London is the worst place for them because you get so little for your money in housing and other things, yet all things considered, it will be the most interesting and probably best place for them to move to.