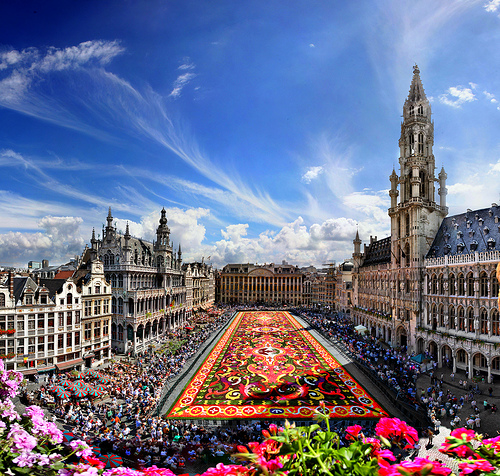 Brussels is the biggest city in Belgium. It is also an important city, being the administrative center of the European Union. Because of this, it is called the Capital of Europe. It was also the headquarters for NATO. Historically, it has been home to a mix of Flemish and French culture. Today, it is known for being an international center with a mix of nationalities. Children often know how to speak Flemish, French, English and/or German by the time they are in high school! It is a cosmopolitan city that has a mix of business and commerical buildings, but also castle remanents in the middle of the streets. It is a pretty expensive city. Its metropolitan area has around 1.8 million people. You can eat some of the best French fries and waffles in the world in Brussels.

Brugge, aka Bruges (depending on what langauge), is the capital and largest city of West Flanders, and is a world heritage sight of UNESCO. It is a small city with a population of about 117,000. The College of Europe is located in Brugge. It is sometimes called the “Venice of the North,” as the city is based around canals. It doesn’t have as nice of weather as Venice; like the rest of Belgium, it is usually cloudy and rains a little bit (or a lot) each day. It is a very romantic city that is good for couples. The city is easy to navigate by foot, but is not the cheapest place. It does hold some nice windmills and swans and other water birds. There are many specialty chocolate shops. 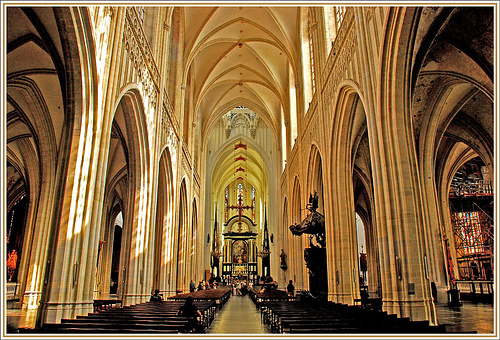 The city of Antwerp is the capital of the Antwerp province of Flanders, and has a population of about 470,000. Its greater metropolitan area is home to over a million people. It is located on the River Scheldt, which goes into the North Sea. It is an important European port city, with five oil refineries and a high concentration of petrochemical industries. The city is also very involved in the diamond trade, which is done mainly by Hasidic Jews, Indians and Armenians. It is known as a very fashionable city, and many Belgian designers have gone to school here. 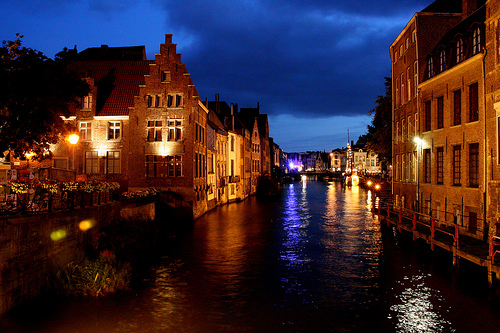 Ghent is located in East Flanders, and is the capital and biggest city of the province. It is situated on the confluence of the Rivers Scheldt and Lys. In the Middle Ages, it had been one of the richest and biggest European cities. Today, it is known for its port and university. The city has a population of 237,250 inhabitants, and a metropolitan area of about 594,000 inhabitants. Every summer, there is a “Ghent Fests” festival in the city, which includes a lot of partying and belligerence. Much better weather than Oktoberfest, too. Two million people make their way here every year to enjoy that festival each summer. The city has a lot of beautiful medieval architecture that has been fabulously preserved, along with a few museums.

2 thoughts on “The Major Cities of Belgium: Brussels, Brugge, Antwerp and Ghent”