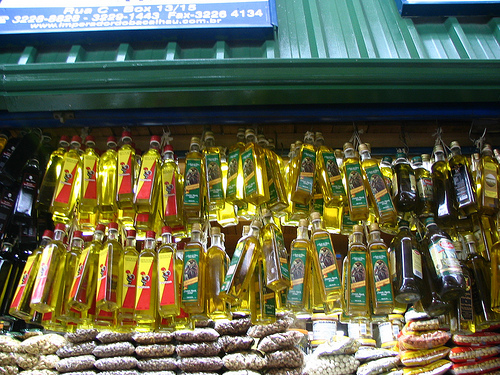 In Brazil, the typical way to eat meals is with the company of family and friends. People generally eat slowly over the course of time.

Those who prefer to eat alone have the option of eating at cheap buffet-style restaurants where you put food on your dish and are charged by the kilo. These places will probably have a variety of salads, pastas and meats to select. 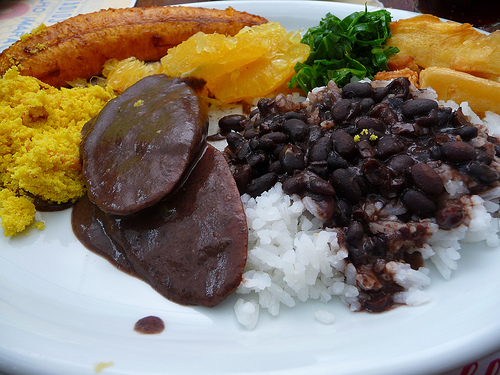 The national dish of Brazil is called Feijoada, which has rice, pork and spicy black beans. The national drink in Brazil is coffee, which is usually served strong and sugary. It is normal for people to drink coffee a few times throughout the day. There are also many sweet tropical fruits available because of the hot and humid climate.

In Brazil, it is considered rude to eat on the streets. Eating on the go is considered very sloppy, and you will probably not see people eating while walking or in transit. Even if people go to a juice bar or a snack stand, they will remain standing until the entire thing is consumed.

Brazilians also look down on eating food with hands, and you will see people using utensils for almost anything, even foods like pizza and sandwiches. If you must pick food up, like a pastry, make sure to wrap it in a napkin. They will probably not eat food in places that are not meant for eating. Businessmen eating at their offices is very rare to see.

If you are offered food in Brazil, do not say “Thank you,” as this is interpreted as “No, thank you,” and is seen as rudely refusing.

Brazilians usually eat three times a day. Breakfast is usually a light meal with nothing like bacon, ham or eggs. It usually consists of simple foods like pastries or bread with jam, with coffee, milk or juice as a drink. Lunch is the main meal of the day, which is eaten at noon with the family or with friends; it is considered a time for socializing with them. Some of the foods served during lunch could be meats, rice, potatoes, beans and vegetables. Dinner is generally lighter than lunch, and sometimes just consists of snack foods. Some common dinner items include biscuits, cheese and ham.

4 thoughts on “Learning the Eating Customs of Brazil”