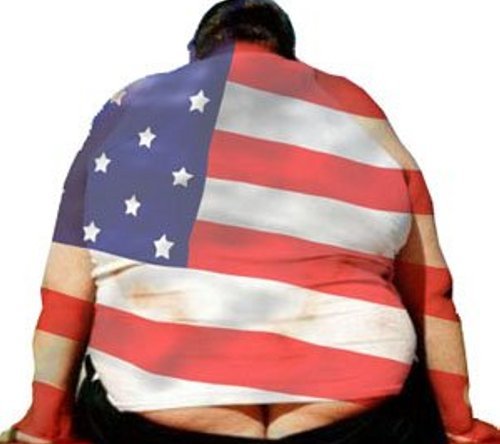 The World Health Organization has recently released the results of health surveys taken between 2000 and 2008 on world obesity, and the news isn’t pretty.

Since obesity rates can be an indicator of a nation’s nutritional trends, health and culture, we thought it might be useful information for the expat to know. Here are the 10 fattest countries of the last decade:

It’s a staggering number. Many Pacific Island nations have had trouble with weight in modern times mostly because they have abandoned their traditional foods for cheap, easily attained processed foods from the West. Perhaps no other Pacific Island has had such access to these habits as American Samoa.

Like American Samoa, Kiribati has been flooded with processed foods like Spam and mutton flaps (fatty sheep scraps), often sold at lower prices than native food.

Well, the U.S.A. doesn’t top the list, but it’s close, and it falls behind only a small islands nation and one of its own unincorporated territories. The United States of Processed food, high fructose corn syrup and fast food has been high on this list over the last half century.

The fattest country in Europe no doubt owes their portly woes to lots of beer, fatty foods and inactivity.

Once considered a problem only in high-income countries, obesity is dramatically on the rise in low- and middle-income countries like Bosnia-Herzegovina, where smoking, drinking and eating unhealthy foods spiked during the war that ravaged the country from 1992 to 1995.

Obesity is a growing concern for New Zealand. While its native Maori have struggled with weight due to loss of traditional culture like other Pacific Islanders– they are mostly just a scapegoat. New Zealand’s entire population is getting fatter at a rapidly increased rate.

In the past 30 years, the number of obese Israelis has tripled, evidence the country is truly part of the Western world.

Croatia, where cardiovascular disease is the leading cause of death, is also a victim of the globalization of the food market, which tends to suppress traditional diets as cheaper processed foods from the U.S. and Europe flood store shelves.

A recent survey ranked Brits among the bottom third of European nations in physical exercise, leading Health Secretary Andy Burnham to comment, “We’re really in danger of being known as the best in the world for watching sport, but one of the worst for getting out there and doing it for ourselves.”